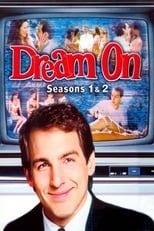 Dream On is an American adult-themed situation comedy about the family life, romantic life, and career of Martin Tupper, a divorced New York City book editor played by Brian Benben. The show distinctively interjected clips from older black and white television series to punctuate Tuppers feelings or thoughts. It was created by Marta Kauffman and David Crane, the team who would later create the TV show Friends. It ran for six seasons on HBO between 1990 and 1996. 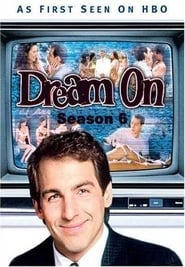 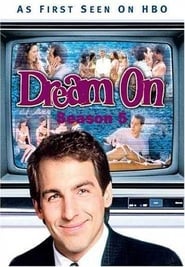 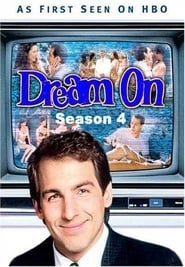 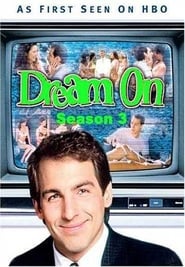 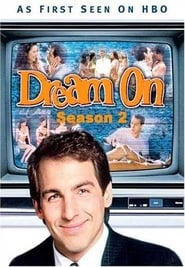 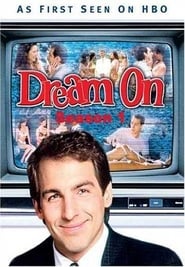 Similar TV Shows to Dream On

Based on the bestselling book by Candace Bushnell, Sex and the City tells the story of four best friends, all single and in their late thirties, as they pursue their careers and talk about their sex lives, all while trying to survive the New York social scene.
TV Show Star Rating : 7.5  Read More

Rhoda is an American television sitcom, starring Valerie Harper, which aired 109 episodes over five seasons, from 1974 to 1978. The show was a spin-off of The Mary Tyler Moore Show, in which Harper between the years 1970 and 1974 had played the role of Rhoda Morgenstern, a spunky, weight-conscious, flamboyantly fashioned Jewish neighbor and native New Yorker in the role of Mary Richards' best friend. After four seasons, Rhoda left Minneapolis and returned to her original hometown of New York City. The series is noted for breaking two television records, and was the winner of two Golden Globes and two Emmy Awards. Rhoda was filmed Friday evenings in front of a live studio audience at CBS Studio Center, Stage 14 in Studio City, Los Angeles, California.
TV Show Star Rating : 6.1  Read More

Mad Love is an American television series that aired on CBS from February 14 to May 16, 2011. The sitcom was planned as a mid-season replacement during the 2010–11 television season. On May 15, 2011, Mad Love was officially cancelled by CBS.
TV Show Star Rating : 5.1  Read More

100 Questions is an American situation comedy series which premiered on NBC on May 27, 2010. In May 2009 the network announced that the show would debut midseason in March 2010 on Tuesday nights at 9:30 pm, after NBC's coverage of the 2010 Winter Olympics was completed. However the show was later pushed back to debut on May 27, 2010, with the episode order reduced from thirteen to six. 100 Questions is produced by Universal Media Studios, with executive producers Christopher Moynihan, Kelly Kulchak, Ron West, and Michelle Nader. The cancellation of 100 Questions was announced on July 8, 2010.
TV Show Star Rating : 4.9  Read More

Valerie Tyler is a 28-year-old organization freak who loves her 16-year-old sister Holly. Even if Holly is rambunctious. Spontaneous. Impulsive. Disconcerting. And definitely disorganized. Then Holly moves in with Val, and the sisters discover they may make better siblings than roomies.
TV Show Star Rating : 6  Read More

When a woman is rescued from a doomsday cult and lands in New York City, she must navigate a world she didn’t think even existed anymore.
TV Show Star Rating : 7.2  Read More

Workaholic Mike Flaherty is the Deputy Mayor of New York City, serving as Mayor Randall Winston's key strategist and much-needed handler. Mike runs the city with the help of his oddball staff: an anxious and insecure press secretary; a sexist, boorish chief of staff; an impeccably groomed gay activist running minority affairs; a sharp and efficient, man-crazy accountant; and an idealistic young speechwriter. Like Mike, they are all professionally capable but personally challenged.
TV Show Star Rating : 7.2  Read More

Fran, fresh out of her job as a bridal consultant in her boyfriend’s shop, first appears on the doorstep of Broadway producer Maxwell Sheffield peddling cosmetics, and quickly stumbled upon the opportunity to become The Nanny for his three children. But soon Fran, with her offbeat nurturing and no-nonsense honesty, touches Maxwell as well as the kids.
TV Show Star Rating : 7.9  Read More