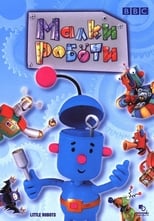 Little Robots is a stop-motion animated childrens TV series, produced by Cosgrove Hall Films for Create TV and Film Limited and broadcast on CBeebies. The fiction series was based on the eponymous book by Mike Brownlow, published by Ragged Bears Publishing. It is distributed by BBC Worldwide to over 60 countries.