21 Jump Street is an American police procedural crime drama television series that aired on the Fox Network and in first run syndication from April 12, 1987, to April 27, 1991, with a total of 103 episodes. The series focuses on a squad of youthful-looking undercover police officers investigating crimes in high schools, colleges, and other teenage venues. It was originally going to be titled Jump Street Chapel, after the deconsecrated church building in which the unit has its headquarters, but was changed at Foxs request so as not to mislead viewers into thinking it was a religious program. Created by Patrick Hasburgh and Stephen J. Cannell, the series was produced by Patrick Hasburgh Productions and Stephen J. Cannell Productions in association with 20th Century Fox Television. Executive Producers included Hasburgh, Cannell, Steve Beers and Bill Nuss. The show was an early hit for the fledgling Fox Network, and was created to attract a younger audience. The final season aired in first-run syndication mainly on local Fox affiliates. It was later rerun on the FX cable network from 1996 to 1998. The series provided a spark to Johnny Depps nascent acting career, garnering him national recognition as a teen idol. Depp found this status irritating, but he continued on the series under his contract and was paid $45,000 per episode. Eventually he was released from his contract after the fourth season. A spin-off series, Booker, was produced for the character of Dennis Booker; it ran one season, from September 1989 to June 1990. A film adaptation starring Jonah Hill and Channing Tatum was released on March 16, 2012. 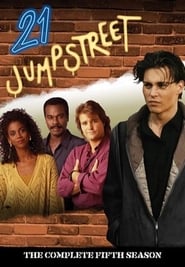 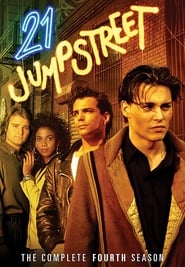 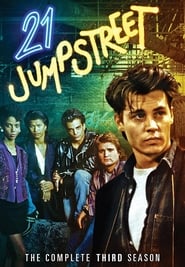 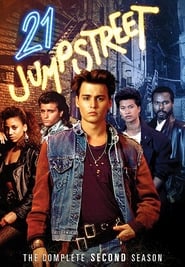 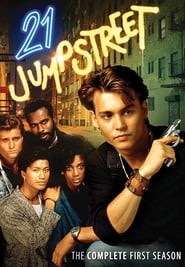 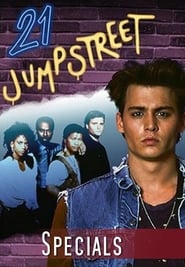 Somewhere in Southern California, in a drug raid run by the US government, a beachfront property was seized and turned into a residence for undercover cops. They are all top agents of the DEA, FBI, and Customs and they are living in this house unofficially known as "Graceland". "Graceland" is a place full of secrets, and bad, good, and blurred moments too. The only idyllic thing is its outside look, but the lives of its residents are nothing like it. The lies which are in the base of their undercover work, are formed a web of lies that pervades everything. Coming of a new graduating at the top of his class, FBI rookie, Mike Warren, could make the life of a legendary FBI agent Paul Briggs and the others, more complicated or it could reveal the truth. It is based upon actual events.
TV Show Star Rating : 7  Read More

Every villain has a noble cause, and every hero has a dark side. Detective Ryan Lopez is a rising star in Los Angeles' elite Gang Task Force. What the world doesn't know is that long before Ryan became a cop, he pledged allegiance to a different band of brothers – a powerful Latino gang called Los Angelicos. When Ryan's best friend and police partner is senselessly killed by a notorious gang member, Ryan teams up with longtime Task Force member Cassius Green who has been at the forefront of the city's war on organized crime. In this war between law enforcement and gangs, the series explores how only people who really know the streets can win the battle on the streets.
TV Show Star Rating : 6.6  Read More

A riveting police drama about the men and women of the Chicago Police Department's District 21 who put it all on the line to serve and protect their community. District 21 is made up of two distinctly different groups: the uniformed cops who patrol the beat and go head-to-head with the city's street crimes and the Intelligence Unit that combats the city's major offenses - organized crime, drug trafficking, high profile murders and beyond.
TV Show Star Rating : 6.9  Read More

The story of the Miami Police Department's vice squad and its efforts to end drug trafficking and prostitution, centered on the unlikely partnership of Sonny Crockett and Ricardo Tubbs - who first meet when Tubbs is undercover in a drug cartel.
TV Show Star Rating : 7.1  Read More