Due South is a Canadian crime drama series with elements of comedy. The series was created by Paul Haggis, produced by Alliance Communications, and stars Paul Gross, David Marciano, Gordon Pinsent, Beau Starr, Camilla Scott, Ramona Milano, and latterly Callum Keith Rennie. It ran for 68 episodes over four seasons, from 1994 to 1999. Set in Chicago, the show follows the adventures of Constable Benton Fraser, an officer of the Royal Canadian Mounted Police, who is attached to the Canadian consulate but works with Detective Raymond Vecchio of the Chicago Police Department to solve crimes, assisted by Frasers companion Diefenbaker, a deaf white wolfdog. From season three, Fraser works with a Detective Stanley Kowalski, who is placed in the department to impersonate Detective Vecchio, who goes on an undercover assignment. The premise of such a working relationship is established in the pilot episode when Fraser is temporarily posted to Chicago to assist Vecchio in the investigation of the murder of Frasers father, who was also of the RCMP. In the process of finding them, he also exposes an environmental corruption scandal involving some members of the RCMP, causing much embarrassment and loss of jobs in his native Northwest Territories, which leaves him persona non grata in Canada and within the RCMP and posted permanently to Chicago. 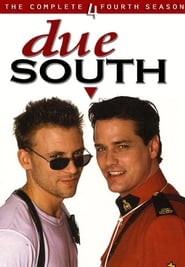 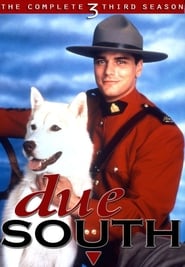 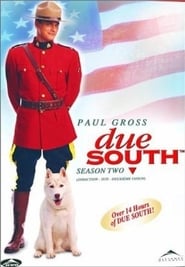 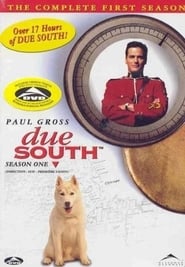 Similar TV Shows to Due South

From murder and espionage to terrorism and stolen submarines, a team of special agents investigates any crime that has a shred of evidence connected to Navy and Marine Corps personnel, regardless of rank or position.
TV Show Star Rating : 6.6  Read More

A drama about the local field office that investigates criminal cases affecting military personnel in The Big Easy, a city known for its music, entertainment and decadence.
TV Show Star Rating : 6.3  Read More

Dexter is an American television drama series. The series centers on Dexter Morgan, a blood spatter pattern analyst for 'Miami Metro Police Department' who also leads a secret life as a serial killer, hunting down criminals who have slipped through the cracks of justice.
TV Show Star Rating : 7.9  Read More

Tatort is a long-running German/Austrian/Swiss, crime television series set in various parts of these countries. The show is broadcast on the channels of ARD in Germany, ORF 2 in Austria and SF1 in Switzerland. The first episode was broadcast on November 29, 1970. The opening sequence for the series has remained the same throughout the decades, which remains highly unusual for any such long-running TV series up to date. Each of the regional TV channels which together form ARD, plus ORF and SF, produces its own episodes, starring its own police inspector, some of which, like the discontinued Schimanski, have become cultural icons. The show appears on DasErste and ORF 2 on Sundays at 8:15 p.m. and currently about 30 episodes are made per year. As of March 2013, 865 episodes in total have been produced. Tatort is currently being broadcast in the United States on the MHz Worldview channel under the name Scene of the Crime.
TV Show Star Rating : 5.5  Read More

Inspired by actual cases and experiences, Numb3rs depicts the confluence of police work and mathematics in solving crime as an FBI agent recruits his mathematical genius brother to help solve a wide range of challenging crimes in Los Angeles from a very different perspective.
TV Show Star Rating : 6.5  Read More

The series follows Las Vegas criminalists working for the Las Vegas Police Department as they use physical evidence to solve grisly murders in this unusually graphic drama, which has inspired a host of other cop-show "procedurals". The series mixes deduction, gritty subject matter and character-driven drama. The network later added spin-offs CSI: Miami and CSI: NY, which have both been cancelled after ten and nine seasons respectively.
TV Show Star Rating : 6.7  Read More

Dr. Temperance Brennan and her colleagues at the Jeffersonian's Medico-Legal Lab assist Special Agent Seeley Booth with murder investigations when the remains are so badly decomposed, burned or destroyed that the standard identification methods are useless.
TV Show Star Rating : 6.9  Read More