Hard Time on Planet Earth is an American science fiction series that aired on CBS as a midseason replacement in 1989. Airing for 13 episodes, the series starred Martin Kove and was created by Jim and John Thomas. Scheduled opposite NBCs Unsolved Mysteries and ABCs Growing Pains on Wednesdays, Hard Time on Planet Earth ranked 65th out of 81 programs upon its premiere. Ratings for the series never improved and the series was canceled by CBS in May 1989. The last episode aired on June 21, 1989. 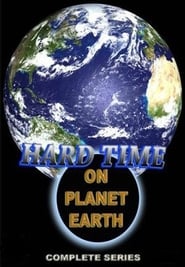 Falling Skies opens in the chaotic aftermath of an alien attack that has left most of the world completely incapacitated. In the six months since the initial invasion, the few survivors have banded together outside major cities to begin the difficult task of fighting back. Each day is a test of survival as citizen soldiers work to protect the people in their care while also engaging in an insurgency campaign against the occupying alien force.
TV Show Star Rating : 6.4  Read More

Pulled to the far side of the galaxy, where the Federation is 75 years away at maximum warp speed, a Starfleet ship must cooperate with Maquis rebels to find a way home.
TV Show Star Rating : 7.7  Read More

The story of Stargate SG-1 begins about a year after the events of the feature film, when the United States government learns that an ancient alien device called the Stargate can access a network of such devices on a multitude of planets. SG-1 is an elite Air Force special operations team, one of more than two dozen teams from Earth who explore the galaxy and defend against alien threats such as the Goa'uld, Replicators, and the Ori.
TV Show Star Rating : 8  Read More