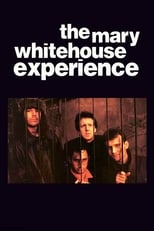 The Mary Whitehouse Experience was a British topical sketch comedy show produced by the BBC in association with Spitting Image Productions. It starred two comedy double acts - David Baddiel and Rob Newman, and also Steve Punt and Hugh Dennis, all of whom had graduated from Cambridge University. It was broadcast on both radio and television in the late 1980s and early 1990s. The show was named after Mary Whitehouse, a prominent campaigner against what she saw as a decline in television standards and public morality. She became the target of mockery in the UK for her attacks on series such as Till Death Us Do Part and Doctor Who. The BBC feared Whitehouse would initiate litigation for the use of her name in the shows title, and for a period the alternative title The William Rees-Mogg Experience was considered. 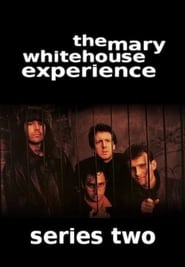 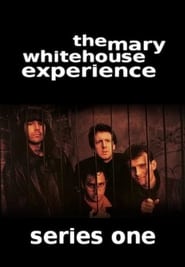 Sick, twisted, politically incorrect and Freakin' Sweet animated series featuring the adventures of the dysfunctional Griffin family. Bumbling Peter and long-suffering Lois have three kids. Stewie (a brilliant but sadistic baby bent on killing his mother and taking over the world), Meg (the oldest, and is the most unpopular girl in town) and Chris (the middle kid, he's not very bright but has a passion for movies). The final member of the family is Brian - a talking dog and much more than a pet, he keeps Stewie in check whilst sipping Martinis and sorting through his own life issues.
TV Show Star Rating : 6.8  Read More

Set in Springfield, the average American town, the show focuses on the antics and everyday adventures of the Simpson family; Homer, Marge, Bart, Lisa and Maggie, as well as a virtual cast of thousands. Since the beginning, the series has been a pop culture icon, attracting hundreds of celebrities to guest star. The show has also made name for itself in its fearless satirical take on politics, media and American life in general.
TV Show Star Rating : 7.6  Read More

Little Britain is a British character-based comedy sketch show which was first broadcast on BBC radio and then turned into a television show. It was written by comic duo David Walliams and Matt Lucas. The show's title is an amalgamation of the terms 'Little England' and 'Great Britain', and is also the name of a Victorian neighbourhood and modern street in London. The show comprises sketches involving exaggerated parodies of British people from all walks of life in various situations familiar to the British. These sketches are presented to the viewer together with narration in a manner which suggests that the programme is a guide—aimed at non-British people—to the ways of life of various classes of British society. Despite the narrator's description of great British institutions, the comedy is derived from the British audience's self-deprecating understanding of either themselves or people known to them.
TV Show Star Rating : 7.1  Read More

This partially unscripted comedy brings viewers into the squad car as incompetent officers swing into action, answering 911 calls about everything from speeding violations and prostitution to staking out a drug den. Within each episode, viewers catch a "fly on the wall" glimpse of the cops' often politically incorrect opinions, ranging from their personal feelings to professional critiques of their colleagues.
TV Show Star Rating : 7.2  Read More