Keen Eddie is an American action, comedy-drama television series that aired in 2003 on the Fox Network. The series follows a brash NYPD detective who goes to London when one of his cases goes sour and remains to work with New Scotland Yard. The basic premise of the show bears a close resemblance to the popular 1980s British series Dempsey & Makepeace, the only notable difference being that the female partner has been replaced by a female housemate. Stylistically, the series derived inspiration from British feature films by Guy Ritchie, such as Lock, Stock and Two Smoking Barrels and Snatch. The soundtrack and incidental music for the first episode was provided by British techno duo Orbital. Daniel Ash of Love and Rockets scored the rest of the series. The series was scheduled to premiere during the 2002–2003 television season, but was postponed and premiered in summer 2003. The series was then moved to Thursdays with its seventh episode to help improve its ratings, but Fox canceled the series due to its low ratings of 5.1 million viewers. The American cable network Bravo picked up the series to begin airing in January 2004, including the six episodes never aired on Fox. All thirteen episodes of the series were released on DVD by Paramount Home Entertainment on September 7, 2004. Unfortunately, the original score was replaced due to music licensing issues. 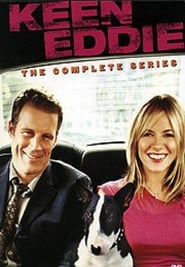 The Vice is an ITV police drama about the Metropolitan Police Vice Unit. It ran for five short series between 1999 and 2003. It tells the story of the London Metropolitan police force's vice squad, where prostitution, underage sex, and other such organized crime are regular occurrences. Most episodes end in such a way where the main villain is caught but often not in a 'naturally' concluded way that you would expect with other TV dramas, and often ending an episode with more questions unanswered than answered. The small dedicated team is led by Detective Inspector Pat Chappel who struggles to manage the balance between his home life and his work life - as do the other members of the team. Working in the seedy underworld leads to a continual dilemma for the team - the tension between the Vice Squad and the vice-related crimes that they investigate runs throughout the series and gives the show a rich viewing experience. The programme often blurs the line of the team staying on the right side of the law, as almost every member of the team at different points submits briefly or permanently to the temptations of either sex, drugs, money or honey traps. Sometimes with drastic consequences.
TV Show Star Rating : 7  Read More

A drama set in the East End of London in 1889, during the aftermath of the "Ripper" murders. The action centres around the notorious H Division – the police precinct from hell – which is charged with keeping order in the chaotic streets of Whitechapel. Ripper Street explores the lives of characters trying to recover from the Ripper's legacy, from crimes that have not only irretrievably altered their lives, but the very fabric of their city. At the drama's heart our detectives try to bring a little light into the dark world they inhabit.
TV Show Star Rating : 7.2  Read More

New Tricks is a British comedy-drama that follows the work of the fictional Unsolved Crime and Open Case Squad of the Metropolitan Police Service. Originally led by Detective Superintendent Sandra Pullman, it is made up of retired police officers who have been recruited to reinvestigate unsolved crimes. The series title is taken from the proverb "You can't teach an old dog new tricks".
TV Show Star Rating : 6.8  Read More

A sharp detective with a messy life, DCI Vera Stanhope patrols her “patch” of northeast England, pursuing the truth in cases of murder, kidnapping, and blackmail. Vera is obsessive about her work and faces the world with caustic wit, guile and courage.
TV Show Star Rating : 6.9  Read More

The Good Guys is an American action-comedy series about an old-school cop and a modern-day detective that premiered with a preview episode on Fox on May 19, 2010, and began airing regularly on June 7. The series stars Bradley Whitford as Dan Stark, a mustachioed, former big-shot detective with the Dallas Police Department, and Colin Hanks as Jack Bailey, a young, ambitious, by-the-book detective who has been assigned as Dan's partner because of his snarky attitude. On December 15, 2010, The Good Guys was cancelled by Fox Television Studios.
TV Show Star Rating : 7.9  Read More

Trial & Retribution is a feature-length ITV police procedural television drama series that began in 1997. It was devised and written by Lynda La Plante as a follow-on from her successful television series Prime Suspect. Each episode of the Trial & Retribution series is broadcast over two nights. The 2008 series 10 had 10 episodes, the longest run of the drama so far. The latest series was number 12 which aired in February 2009.
TV Show Star Rating : 8.7  Read More