Help Me Help You

Help Me Help You is an American television situation comedy that aired from September 26, 2006 to December 12, 2006. It was first broadcast at 9:30pm Tuesdays on ABC in the United States and on Global in Canada. Help Me Help You was a comedy about a collection of eccentric individuals in group psychotherapy with a respected therapist—who may quite possibly have more problems than his patients. The series was pulled from the schedule on December 14, 2006, leaving four episodes unaired. On May 15, 2007, ABC officially canceled the show after the network announced their 2007–2008 fall schedule. 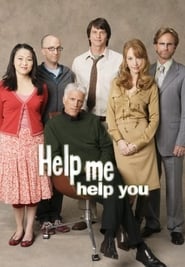 Similar TV Shows to Help Me Help You

Charlie is a non-traditional therapist specializing in anger management. He has a successful private practice and he performs pro bono counseling for an inmate group at a state prison. Prior to his career as a therapist, he was a major league baseball player whose career was put on the shelf for good by his own struggle with anger issues.
TV Show Star Rating : 5.9  Read More