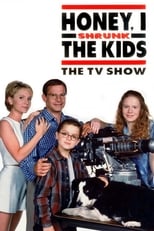 Honey, I Shrunk the Kids: The TV Show is an American syndicated science fiction sitcom based on the 1989 film, Honey, I Shrunk the Kids. It expands upon the original films concept of a shrinking experiment gone wrong to include a myriad of experiments gone awry. It debuted in first-run syndication on September 1, 1997 and ran for three consecutive seasons, concluding with the 66th episode on May 20, 2000. Peter Scolari took over the role as Wayne Szalinski, the wacky inventor in the original film, played by Rick Moranis. Each episode incorporates new technologies and digital effects to feature the family in various new adventures. The series was filmed in Calgary, Alberta, with its main studios located in Currie Barracks, a decommissioned Canadian Forces dormitory. 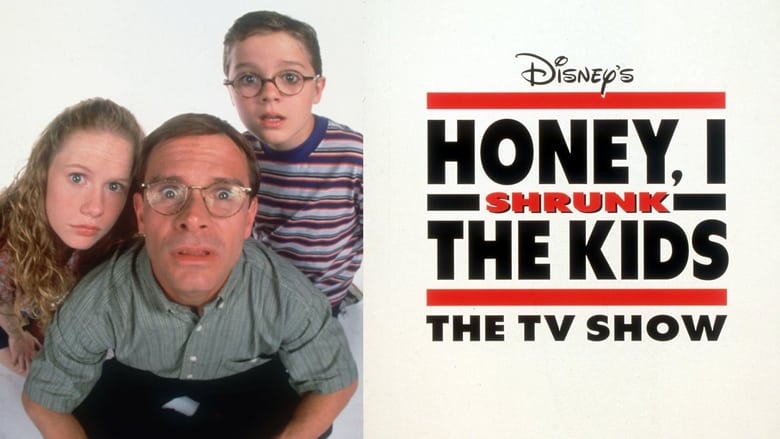 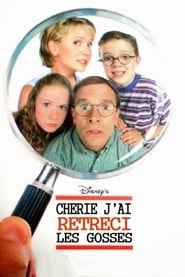 Similar TV Shows to Honey, I Shrunk the Kids: The TV Show

15-year-old Drake and Josh are schoolmates, but not close friends. Drake views Josh as weird and a bit of a goof. So, imagine Drake's shock when he finds out that this "goof" is about to become his new step-brother and roommate when his mother marries Josh's father. A spin off of The Amanda Show.
TV Show Star Rating : 8.447  Read More

Birds of a Feather

Birds of a Feather is a British sitcom that was broadcast on BBC One from 1989 until 1998 and on ITV from 2013. Starring Pauline Quirke, Linda Robson and Lesley Joseph, it was created by Laurence Marks and Maurice Gran, who also wrote some of the episodes along with many other writers. The first episode sees sisters Tracey Stubbs and Sharon Theodopolopodos brought together when their husbands are sent to prison for armed robbery. Sharon, who lived in an Edmonton council flat, moves into Tracey's expensive house in Chigwell, Essex. Their next-door neighbour, and later friend, Dorien Green is a middle-aged married woman who is constantly having affairs with younger men. In the later series the location is changed to Hainault. The series ended on Christmas Eve 1998 after a 9-year-run. On 3 March 2009, the The Mirror reported that the classic sitcom was set for a return reporting that Lesley Joseph, Pauline Quirke and Linda Robson have all been asked by the team behind the sitcom to make another series. Quirke was reported as saying that they were up for the challenge if the writers came up with good ideas. After this speculation of a return in early 2009 nothing more was said. However, in July 2012 Lesley Joseph hinted that Birds of a Feather could return for another series following a successful stage tour.
TV Show Star Rating : 6.7  Read More

The coming of age events and everyday life-lessons of Cory Matthews, a Philadelphian who grows up from a young boy to a married man.
TV Show Star Rating : 8.276  Read More

Life is hard on the Flemings' ranch in the Alberta foothills where abused or neglected horses find refuge with a kind, hard-working family. Debts abound and the bank is about to foreclose. Can they keep the ranch running?
TV Show Star Rating : 8.237  Read More

Mazinger Z, known briefly as Tranzor Z in the United States, is a Japanese super robot manga series written and illustrated by Go Nagai. The first manga version was serialized in Shueisha's Weekly Shōnen Jump from October 1972 to August 1973, and it later continued in Kodansha TV Magazine from October 1973 to September 1974. It was adapted into an anime television series which aired on Fuji TV from December 1972 to September 1974. A second manga series was released alongside the TV show, this one drawn by Gosaku Ota, which started and ended almost at the same time of the TV show. Mazinger Z has spawned several sequels and spinoff series, among them UFO Robot Grendizer and Mazinkaiser. It was a very popular cartoon in Mexico during the 1980s, where it was dubbed into Spanish directly from the Japanese version, keeping the Japanese character names and broadcasting all 92 episodes, unlike the version aired in the U.S.
TV Show Star Rating : 7.77  Read More