Fame is an American television series originally produced between 1982 and 1987. The show is based on the 1980 motion picture of the same name. Using a mixture of drama and music, it followed the lives of the students and faculty at the New York City High School for the Performing Arts. Although fictional, it was based heavily on the actual Fiorello H. LaGuardia High School of Music & Art and Performing Arts in New York. Most interior scenes were filmed in Hollywood, California. In all seasons except the 3rd, the show filmed several exterior scenes on location in New York City. The popularity of the series, particularly in the UK, led to several hit records and live concert tours by the cast. Despite its success, very few of the actors maintained high-profile careers after the series was cancelled. A number of the cast members were seen again briefly in Bring Back...Fame, a reunion special made for UK television in 2008. 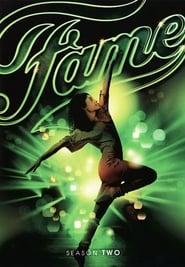 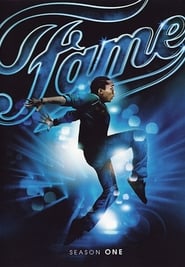 Smash is an American musical drama television series created by playwright Theresa Rebeck and developed by Robert Greenblatt for NBC. Steven Spielberg served as one of the executive producers. The series was broadcast in the US by NBC and produced by DreamWorks Television and Universal Television. The series revolves around a fictional New York theater community and specifically the creation of a new Broadway musical. It features a large ensemble cast, led by Debra Messing, Jack Davenport, Katharine McPhee, Christian Borle, Megan Hilty, Jeremy Jordan, and Anjelica Huston. The show debuted on February 6, 2012, and its first season ended on May 14, 2012. Its second and final season premiered on February 5, 2013 and ended on May 26, 2013. NBC announced a change in their lineup in March 2013 and moved the show to Saturdays starting April 6, 2013. The series was officially cancelled on May 10, 2013. Second and final season executive producer/show runner Josh Safran said the final episode of season two would work as a series finale, should the series not be renewed. The series, particularly the pilot episode, enjoyed some critical success. The first season received the Primetime Emmy Award for Outstanding Choreography amongst 4 nominations. The series was also nominated for a Golden Globe Award for Best Television Series – Musical or Comedy and a Grammy Award for Best Song Written for Visual Media.
TV Show Star Rating : 5.7  Read More

Before she was a fashion icon, before her column in the New York Star, before Mr. Big, Carrie Bradshaw was an innocent 16-year-old girl living in suburban Connecticut.
TV Show Star Rating : 4.9  Read More

Neal Caffrey, a con man, forger and thief, is captured after a three-year game of cat and mouse with the FBI. With only months left serving a four-year sentence, he escapes to look for Kate, his girlfriend. Peter Burke, the FBI agent who initially captured Caffrey, finds and returns him to prison. This time, Caffrey proposes a deal with the FBI, as part of a work-release program. After some hesitation, Burke agrees, and thus begins this unconventional arrangement where Caffrey helps Burke apprehend white collar criminals.
TV Show Star Rating : 7.6  Read More

Scott McCall, a high school student living in the town of Beacon Hills has his life drastically changed when he's bitten by a werewolf, becoming one himself. He must henceforth learn to balance his problematic new identity with his day-to-day teenage life. The following characters are instrumental to his struggle: Stiles, his best friend; Allison, his love interest who comes from a family of werewolf hunters; and Derek, a mysterious werewolf with a dark past. Throughout the series, he strives to keep his loved ones safe while maintaining normal relationships with them.
TV Show Star Rating : 6.9  Read More

NYPD Blue is an American television police drama set in New York City, exploring the internal and external struggles of the fictional 15th precinct of Manhattan. Each episode typically intertwined several plots involving an ensemble cast. The show was created by Steven Bochco and David Milch and was inspired by Milch's relationship with Bill Clark, a former member of the New York City Police Department who eventually became one of the show's producers. The series was broadcast on the ABC network from its debut on September 21, 1993‚ and aired its final episode on March 1, 2005. It remains ABC's longest-running primetime one-hour drama series. In 1997, "True Confessions", written by Art Monterastelli and directed by Charles Haid was ranked #36 on TV Guide's 100 Greatest Episodes of All Time. In 2009, TV Guide ranked Hearts and Souls, Jimmy Smits' final episode written by Steven Bochco, David Milch, Bill Clark, and Nicholas Wootton and directed by Paris Barclay, #30 on TV Guide's 100 Greatest Episodes of All Time.
TV Show Star Rating : 6.5  Read More