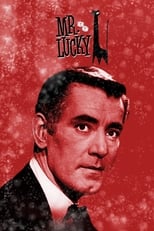 Mr. Lucky is a CBS adventure/drama television series that aired from October 24, 1959, to June 18, 1960, with repeats until September 3. Blake Edwards developed the program as a retooling of his Willie Dante character from Four Star Playhouse, where the role was played by studio boss Dick Powell. In the 1960–1961 season, Howard Duff assumed the role of Willie Dante in the NBC adventure/drama series Dante. Mr. Edwards directed and co-wrote the first episode of Mr. Lucky, and the credits of the first eighteen episodes included "Entire production supervised by Blake Edwards." Jack Arnold produced the show and directed fifteen of the thirty-four episodes. Henry Mancinis smooth theme music for the show reached Number 21 in the US singles charts. He released two successful LPs based on the show, Mr. Lucky and Mr. Lucky Goes Latin. 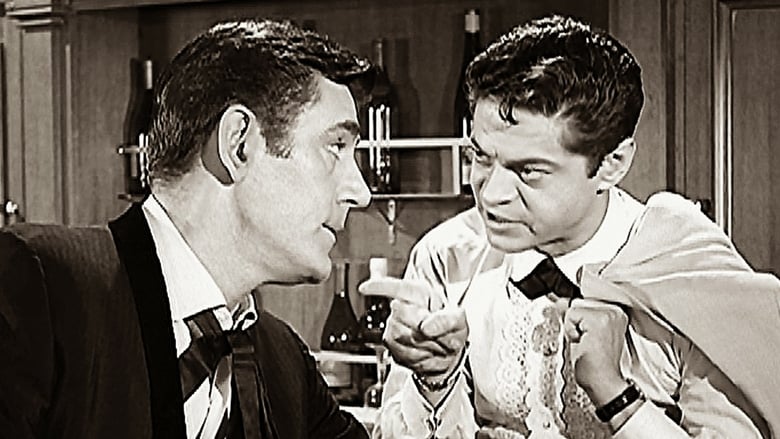 Ed Deline is a strict ex-CIA officer who went from being Head of Security to becoming President of Operations of the Montecito, whose job is to run the day-to-day operations of the casino. Following his departure, former Marine Danny McCoy, Ed's former protégé, becomes the Montecito's new President of Operations.
TV Show Star Rating : 6.947  Read More

Passengers who search for romantic nights aboard a beautiful ship travelling to tropical or mysterious countries, decide to pass their vacation aboard the "Love Boat", where Gopher, Dr. Bricker, Isaac, Julie, and Captain Stubing try their best to please them, and sometimes help them fall in love. Things are not always so easy, but in the end, love wins.
TV Show Star Rating : 6.398  Read More

The series follows twin brothers Zack and Cody Martin and hotel heiress London Tipton in a new setting, the SS Tipton, where they attend classes at "Seven Seas High" and meet Bailey Pickett while Mr. Moseby manages the ship. The ship travels around the world to nations such as Italy, Greece, India, Sweden and the United Kingdom where the characters experience different cultures, adventures, and situations.
TV Show Star Rating : 8.051  Read More

Years ago, the fearsome pirate king Gol D. Roger was executed, leaving a huge pile of treasure and the famous "One Piece" behind. Whoever claims the "One Piece" will be named the new pirate king. Monkey D. Luffy, a boy who consumed a "Devil's Fruit," decides to follow in the footsteps of his idol, the pirate Shanks, and find the One Piece. It helps, of course, that his body has the properties of rubber and that he's surrounded by a bevy of skilled fighters and thieves to help him along the way. Luffy will do anything to get the One Piece and become King of the Pirates!
TV Show Star Rating : 8.755  Read More

Hyakkaou Private Academy. An institution for the privileged with a very peculiar curriculum. You see, when you're the sons and daughters of the wealthiest of the wealthy, it's not athletic prowess or book smarts that keep you ahead. It's reading your opponent, the art of the deal. What better way to hone those skills than with a rigorous curriculum of gambling? At Hyakkaou Private Academy, the winners live like kings, and the losers are put through the wringer. But when Yumeko Jabami enrolls, she's gonna teach these kids what a high roller really looks like!
TV Show Star Rating : 8.356  Read More

There is a place after death that’s neither heaven nor hell. A bar that serves you one chance to win. You cannot leave until the game is over, and when it is, your life may be too. From Studio Madhouse (Death Note, Black Lagoon) comes a thrilling new series where the stakes are high and the rules are simple: your life is on the line.
TV Show Star Rating : 8.299  Read More

No Game No Life

This is a surreal comedy that follows Sora and Shiro, shut-in NEET siblings and the online gamer duo behind the legendary username "Kuuhaku." They view the real world as just another lousy game; however, a strange e-mail challenging them to a chess match changes everything—the brother and sister are plunged into an otherworldly realm where they meet Tet, the God of Games. The mysterious god welcomes the two to Disboard, a world where all forms of conflict are settled through high-stake games. This system works thanks to a fundamental rule wherein each party must wager something they deem to be of equal value to the other party's wager. In this strange land where the very idea of humanity is reduced to child’s play, the indifferent genius gamer duo of Sora and Shiro have finally found a real reason to keep playing games: to unite the sixteen races of Disboard, defeat Tet, and become the gods of this new, gaming-is-everything world.
TV Show Star Rating : 8.579  Read More

Kaiji Itou is a good-for-nothing loiterer who spends his days drinking beer and stealing hubcaps—that is, until he ends up being tricked by his former co-worker. Unable to suddenly repay his friend's huge debt all by himself, Kaiji is offered a shady deal to participate in an illegal underground gamble on a cruise ship. This turns out to be nothing more than the beginning of his new life of hell—thrown headlong into a life-threatening roller coaster of mind games, cheating, and deceit.
TV Show Star Rating : 8.2  Read More

London cop and compulsive gambler Harry Clayton is on the verge of losing everything. On the night when his huge debts are to be called in, he meets the enigmatic Eve, who gives him a mysterious bracelet said to endow the wearer with immense luck. Harry's fortunes suddenly begin to shift, but he also soon finds himself sucked into a sinister crime wave sweeping through the city.
TV Show Star Rating : 6.868  Read More

Titanic is a made-for-TV dramatization that premiered as a 2-part miniseries on CBS in 1996. Titanic follows several characters on board the RMS Titanic when she sinks on her maiden voyage in 1912. The miniseries was directed by Robert Lieberman. The original music score was composed by Lennie Niehaus. This is the first Titanic movie to show the ship breaking in two.
TV Show Star Rating : 6.1  Read More