If "greatness is thrust upon us," as Winston Churchill once said, then it stands to reason that those who are destined for greatness are rarely aware of it. Take Jack and Bobby McCallister for example: two bright young brothers growing up under the watchful eye of their eccentric single mother Grace McCallister. Graces personality is a force of nature destined to shape both of these young mens lives and secure one a place in the history books - as President of the United States. 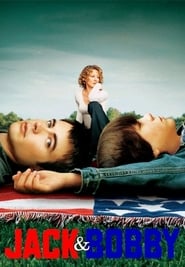 A dramatic thriller that explores the demons lurking beneath the surface of a contemporary American family. The Rayburns are hard-working pillars of their Florida Keys community. But when the black sheep son comes home for the 45th anniversary of his parents' hotel, he threatens to expose the Rayburns' dark secrets and shameful past, pushing his siblings to the limits of family loyalty.
TV Show Star Rating : 7.4  Read More

A streetwise hustler is pulled into a compelling conspiracy after witnessing the suicide of a girl who looks just like her.
TV Show Star Rating : 7.7  Read More

A darkly comic look at members of a dysfunctional L.A. family that run a funeral business.  When death is your business, what is your life? For the Fisher family, the world outside of their family-owned funeral home continues to be at least as challenging as-and far less predictable than-the one inside.
TV Show Star Rating : 8.3  Read More

Five brothers and sisters are determined to stay together following the tragic loss of their parents.
TV Show Star Rating : 6.7  Read More

Simon & Simon is an American detective television series that originally ran from November 24, 1981 to January 21, 1989. The series was broadcast on CBS and starred Gerald McRaney and Jameson Parker as two brothers who run a private detective agency together.
TV Show Star Rating : 7.1  Read More

Follows the lives and families of three adults living and growing up in the United States of America in present and past times. As their paths cross and their life stories intertwine in curious ways, we find that several of them share the same birthday - and so much more than anyone would expect.
TV Show Star Rating : 8.1  Read More

Chicagoan Frank Gallagher is the proud single dad of six smart, industrious, independent kids, who without him would be... perhaps better off. When Frank's not at the bar spending what little money they have, he's passed out on the floor. But the kids have found ways to grow up in spite of him. They may not be like any family you know, but they make no apologies for being exactly who they are.
TV Show Star Rating : 7.9  Read More

Tom Kirkman, a low-level cabinet member is suddenly appointed President of the United States after a catastrophic attack during the State of the Union kills everyone above him in the Presidential line of succession.
TV Show Star Rating : 7.3  Read More

The West Wing provides a glimpse into presidential politics in the nation's capital as it tells the stories of the members of a fictional presidential administration. These interesting characters have humor and dedication that touches the heart while the politics that they discuss touch on everyday life.
TV Show Star Rating : 8.3  Read More