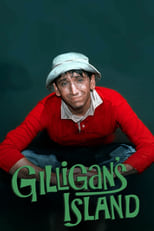 Gilligans Island is an American sitcom created and produced by Sherwood Schwartz and originally produced by United Artists Television. The situation comedy series featured Bob Denver; Alan Hale, Jr.; Jim Backus; Natalie Schafer; Tina Louise; Russell Johnson; and Dawn Wells. It aired for three seasons on the CBS network from September 26, 1964, to September 4, 1967. Originally sponsored by Philip Morris & Company and Procter & Gamble, the show followed the comic adventures of seven castaways as they attempted to survive the island on which they had been shipwrecked. Most episodes revolve around the dissimilar castaways conflicts and their failed attempts to escape their plight. Gilligans Island ran for a total of 98 episodes. The first season, consisting of 36 episodes, was filmed in black-and-white. These episodes were later colorized for syndication. The shows second and third seasons and the three television movie sequels were filmed in color. The show enjoyed solid ratings during its original run, then grew in popularity during decades of syndication, especially in the 1970s and 1980s when many markets ran the show in the late afternoon after school. Today, the title character of Gilligan is widely recognized as an American cultural icon. 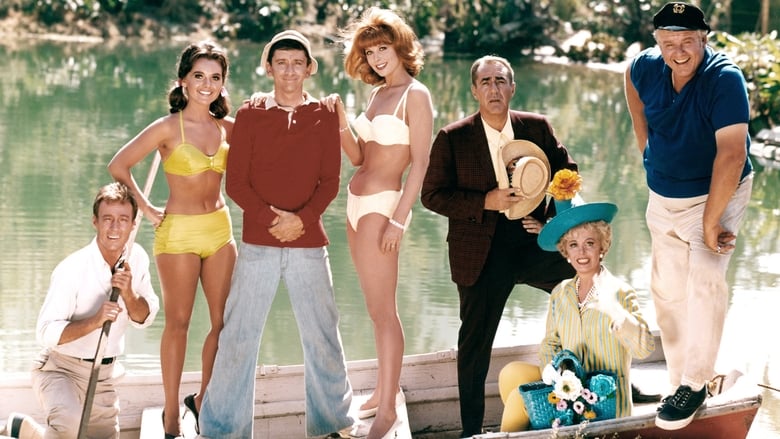 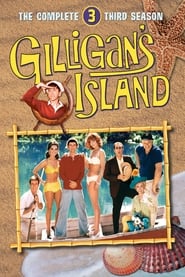 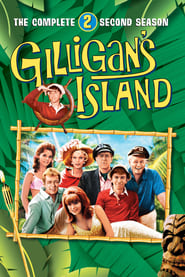 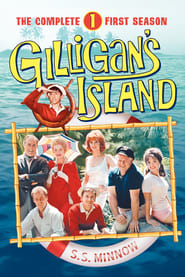 Stripped of everything, the survivors of a horrific plane crash must work together to stay alive. But the island holds many secrets.
TV Show Star Rating : 7.9  Read More

The Last Man on Earth

The year is 2022, and after an unlikely event, only one man is left on earth: Phil Miller, who used to be just an average guy who loved his family and hated his job at the bank. Now, in his RV, Phil searches the country for other survivors.
TV Show Star Rating : 6.6  Read More

Detective Inspector Richard Poole is transferred to Sainte Marie, an island in the Caribbean. Totally unsuited to the Caribbean way of life, Richard hates the sun, sea and sand and isn't used to the Sainte Marie style of policing. Working with the exotic Camille each week Richard investigates intricate and intriguing murders.
TV Show Star Rating : 7.5  Read More

Real-life mermaids, Sirena, Nixie and Lyla are part of a mermaid pod, which lives in the waters of Mako Island. As young members of the pod, it is their job to protect the Moon Pool and guard it from trespassers. But on the night of a full moon, the mischievous mermaid girls neglect their duties. Sixteen-year-old land-dweller Zac enters the Moon Pool and forms a special connection with Mako. Zac is given a fish-like tail and amazing powers. The mermaid pod is forced to leave Mako, leaving behind the three mermaid girls, cast out of the pod. They know there's only one way they will be allowed to rejoin the pod: They must get legs, venture onto land and take back Zac's powers – or risk being outcasts forever.
TV Show Star Rating : 8.5  Read More

Oscar and Hedgehog are dropped off at a strange summer camp, full of fantastical things ranging from magical camp counselors to sticky notes that are portals to other dimensions.
TV Show Star Rating : 7.7  Read More

A reality show contest where sixteen or more castaways split between two or more “Tribes” are taken to a remote isolated location and are forced to live off the land with meager supplies for roughly 39 days. Frequent physical challenges are used to pit the tribes against each other for rewards, such as food or luxuries, or for “Immunity”, forcing the other tribe to attend “Tribal Council”, where they must vote off one of their players.
TV Show Star Rating : 6.6  Read More

Falling Skies opens in the chaotic aftermath of an alien attack that has left most of the world completely incapacitated. In the six months since the initial invasion, the few survivors have banded together outside major cities to begin the difficult task of fighting back. Each day is a test of survival as citizen soldiers work to protect the people in their care while also engaging in an insurgency campaign against the occupying alien force.
TV Show Star Rating : 6.9  Read More

In a world consisting of numerous isles, a young hero from the Astora Isle encounters the adventurer Kyle and follows him on an expedition on the isle. They meet a mysterious girl named Iris and a talking white cat, and together they make their way to the isle's ruins, where they find a flying island. Kyle becomes consumed by darkness there, and the party resolves to travel to the ends of the world on the flying island in order to find the seven "Great Runes", following Kyle's words before he disappeared.
TV Show Star Rating : 5.2  Read More

A re-imagining of the original series in which a "rag-tag fugitive fleet" of the last remnants of mankind flees pursuing robots while simultaneously searching for their true home, Earth.
TV Show Star Rating : 8.3  Read More