King Solomons Mines is a 2004 two-part TV miniseries, the fifth film adaptation of the 1885 novel by the same name by Henry Rider Haggard. Starring Patrick Swayze as Allan Quartermain and Alison Doody as Elizabeth Maitland, the film was produced by Hallmark Entertainment, and originally aired June 6, 2004 on Hallmark Channel. 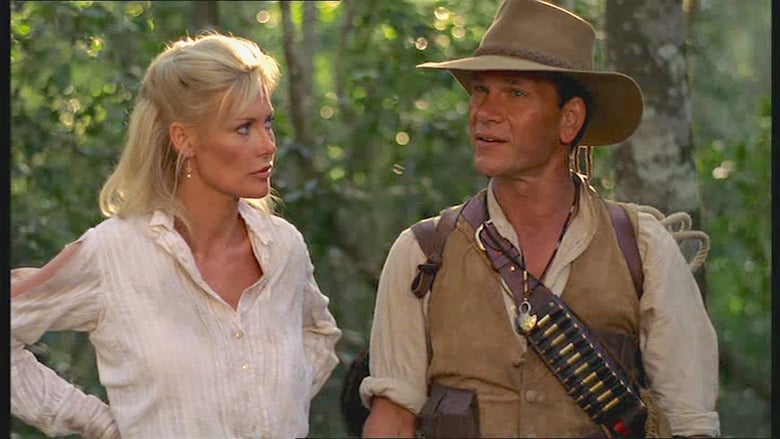 Follow the lives of ambitious miners as they head north in pursuit of gold. With new miners, new claims, new machines and new ways to pull gold out of the ground, the stakes are higher than ever. But will big risks lead to an even bigger pay out?
TV Show Star Rating : 6.1  Read More

The Curse of Oak Island follows brothers Marty and Rick Lagina originally from Kingsford, Michigan through their effort to find the speculated - and as of yet undiscovered - buried treasure believed to have been concealed through extraordinary means on Oak Island. The brothers became fascinated with the island after reading the January, 1965 issue of Reader's Digest magazine which featured an article on the Restall family's work to solve the mystery of the so-called "Money Pit."
TV Show Star Rating : 7  Read More

Jackie Chan Adventures is an American animated television series chronicling the adventures of a fictionalized version of action film star Jackie Chan. Many of the episodes contain references to Chan's actual works. This series ran on Kids' WB! from September 9, 2000 to July 8, 2005 for a total of 95 episodes, or 5 seasons. During its run, it was also shown on Cartoon Network, and afterwards, its reruns landed on Disney XD. An Arabic translation has been airing on MBC 3 since early 2006 and a Tamil translation has been airing on Chutti TV since its launch. It also used to air on Cartoon Network in Urdu. There have been several toys and video games based on the series. Its main character designer is Jeff Matsuda.
TV Show Star Rating : 6.8  Read More

Hugely charismatic, roguish American adventurer Hooten and his fantastically feisty partner in crime, Lady Alexandra travel the world, from the Vatican to The Himalayas, the Amazon to Egypt, in their quest to save the world's lost treasures.
TV Show Star Rating : 7.5  Read More

Arsene Lupin III is the grandson of the master thief Arsene Lupin. With his cohorts Daisuke Jigen and Goemon Ishikawa XIII and his love interest Fujiko Mine, he pulls off the greatest heists of all time while always escaping the grasp of Inspector Koichi Zenigata.
TV Show Star Rating : 8.4  Read More

Gold miners Dakota Fred and his son Dustin are back – returning to McKinley Creek Alaska, determined to make a fortune no matter the risk. But to find the big gold payout, they'll put their lives on the line by diving deep beneath the raging waters of one of Alaska's wildest creeks.
TV Show Star Rating : 10  Read More

Kaizoku Sentai Gokaiger is the title of Toei Company's 35th entry in its long-running Super Sentai Series of Japanese tokusatsu television series following Tensou Sentai Goseiger. It premiered on TV Asahi on February 13, 2011, joining Kamen Rider OOO and then Kamen Rider Fourze as a program featured in TV Asahi's Super Hero Time programming block. The catchphrase for the series is "Let's make it showy!". Gokaiger is a special anniversary series. Its protagonists are able to transform into not only their own unique forms, but also all of the previous 34 Super Sentai teams, each of which have their own unique power that the Gokaigers can access. The series also features reappearances of actors reprising their characters from the previous series. On July 30, 2010, Toei applied for trademarks on the title Kaizoku Sentai Gōkaijā to be used on various products. The Japan Patent Office approved these trademarks on August 26, 2010. During the Super Sentai VS Theater programming on December 26, 2010, the series was officially announced in a commercial. A Tokyo Dome City event for the premiere, serving as the introduction of the cast and theme song singers to the public, held on January 29 and 30, 2011.
TV Show Star Rating : 9.1  Read More

A TV mini-series adaptation of the classic Alexandre Dumas novel. Edmond Dantes is unjustly sent to prison for 18 years. He escapes to reclaim his fiancée Mercedes and revenge against his nemesis, Mondego.
TV Show Star Rating : 7.2  Read More