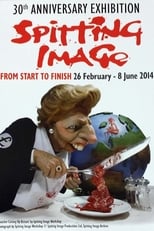 Spitting Image is an award winning British satirical puppet show, created by Peter Fluck, Roger Law and Martin Lambie-Nairn. The series was produced by Spitting Image Productions for Central Independent Television over 18 series which aired on the ITV from 1984 to 1996. The series was nominated and won numerous awards during its run including 10 BAFTA Awards, including one for editing in 1989, and even won two Emmy Awards in 1985 and 1986 in the Popular Arts Category. The series featured puppet caricatures of celebrities famous during the 1980s and 1990s, including British Prime Minister Margaret Thatcher and fellow Tory politicians, American president Ronald Reagan, and the British Royal Family. The Series was the first to caricature the Queen mother. The series was axed in 1996, after viewing figures declined. ITV had plans for a new series in 2006, but these were scrapped after a dispute over Ant & Dec puppets used to host the reviews "Best Ever Spitting Image", which were created against Roger Laws wishes. 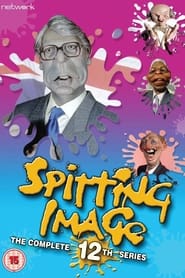 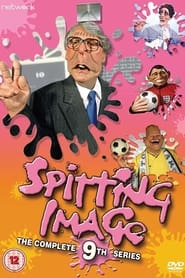 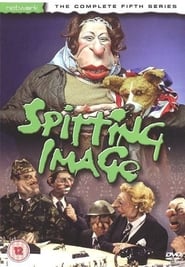 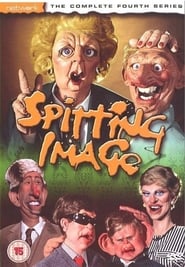 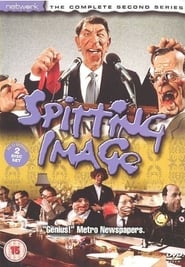 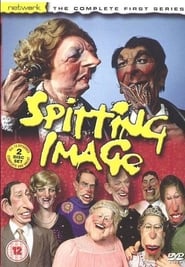 The Benny Hill Show is a British comedy television show that starred Benny Hill and aired in various incarnations between 15 January 1955 and 30 May 1991 in over 140 countries. The show focused on sketches that were full of slapstick, mime, parody, and double-entendre. Thames Television cancelled production of the show in 1989 due to declining ratings and large production costs at £450,000 per show.
TV Show Star Rating : 7.247  Read More

A satirical inversion of the ideal of the perfect American nuclear family, they are an eccentric wealthy family who delight in everything grotesque and macabre, and are never really aware that people find them bizarre or frightening. In fact, they themselves are often terrified by "normal" people.
TV Show Star Rating : 8.075  Read More

In Living Color is an American sketch comedy television series that originally ran on the Fox Network from April 15, 1990, to May 19, 1994. Brothers Keenen and Damon Wayans created, wrote and starred in the program. The show was produced by Ivory Way Productions in association with 20th Century Fox Television and was taped before a live studio audience at stage 7 at the Fox Television Center on Sunset Boulevard in Hollywood, California. The title of the series was inspired by the NBC announcement of broadcasts being presented "in living color" during the 1950s and 1960s, prior to mainstream color television. It also refers to the fact that most of the show's cast were black, unlike other sketch comedy shows such as Saturday Night Live whose casts are usually mostly white. Other members of the Wayans family—Kim, Shawn and Marlon—had regular roles, while brother Dwayne frequently appeared as an extra. The show also starred the previously unknown actor/comedians Jim Carrey, Jamie Foxx, and David Alan Grier. Additionally, actress Rosie Perez, Dancing with the Stars judge and choreographer Carrie Ann Inaba and dancer Jennifer Lopez were members of the show's dance troupe The Fly Girls. The series won the Emmy for Outstanding Variety, Music or Comedy Series in 1990.
TV Show Star Rating : 7.6  Read More

After moving to a new town with her stressed-out parents and relentlessly popular little sister, Daria uses her acerbic wit and keen powers of observation to contend with the mind-numbingly ridiculous world of Lawndale High.
TV Show Star Rating : 8.334  Read More

This partially unscripted comedy brings viewers into the squad car as incompetent officers swing into action, answering 911 calls about everything from speeding violations and prostitution to staking out a drug den. Within each episode, viewers catch a "fly on the wall" glimpse of the cops' often politically incorrect opinions, ranging from their personal feelings to professional critiques of their colleagues.
TV Show Star Rating : 7.171  Read More