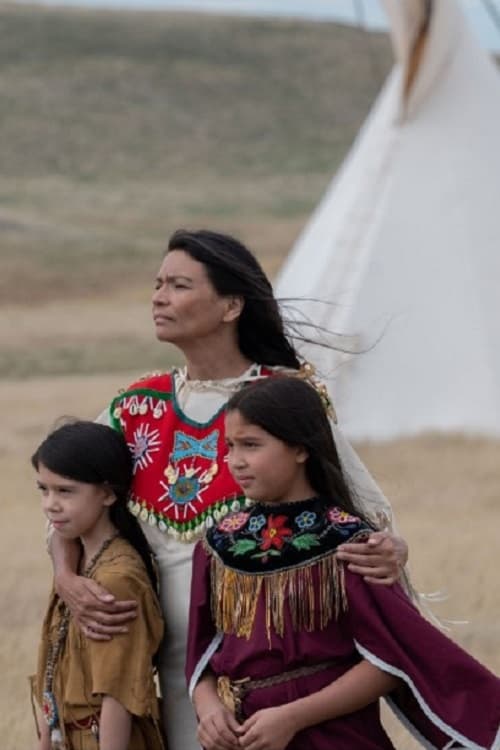 Tagline : A story that unfolds over one hundred years with a cumulative force that propels us into the future

Plot : Bones of Crows is a psychological drama told through the eyes of Cree Matriarch Aline Spears, as she survives Canada's residential school system to continue her family's generational fight in the face of systemic starvation, racism, and sexual abuse. She uses her uncanny ability to understand and translate codes into working for a special division of the Canadian Air Force as a Cree code talker in World War II. Confronted by her traumatic past as she embarks on a classified mission during the war, she realizes the devastating secrets long buried in her are shared. The series is an expanded story from the feature film version

The misadventures of hapless cafe owner René Artois and his escapades with the Resistance in occupied France.
TV Show Star Rating : 7.9  Read More

The series initially starred veteran movie supporting actor Ward Bond as the wagon master, later replaced upon his death by John McIntire, and Robert Horton as the scout, subsequently replaced by lookalike Robert Fuller a year after Horton had decided to leave the series. The series was inspired by the 1950 film Wagon Master directed by John Ford and starring Ben Johnson, Harry Carey Jr. and Ward Bond, and harkens back to the early widescreen wagon train epic The Big Trail starring John Wayne and featuring Bond in his first major screen appearance playing a supporting role. Horton's buckskin outfit as the scout in the first season of the television series resembles Wayne's, who also played the wagon train's scout in the earlier film.
TV Show Star Rating : 7.5  Read More

Oshin is a Japanese serialized morning television drama, which aired on broadcaster NHK from April 4, 1983 to March 31, 1984. The series follows the life of Shin Tanokura during the Meiji period up to the early 1980s. Shin was called "Oshin", which is an archaic Japanese cognomen.
TV Show Star Rating : 6.9  Read More

This 100-episode epic drama vividly depicts the life of King Dae Jo-yeong and other heroes of the Balhae Kingdom, which dates back 1300 years ago.
TV Show Star Rating : 7  Read More

Ginko, a Mushi master, travels from place to place researching the Mushi and helping people who are suffering because of it.
TV Show Star Rating : 8.1  Read More

This series chronicles the adventures-in the air and on the ground-of the men of the 918th Bombardment Group of the U.S. Eighth Air Force. First commanded by irascible General Frank Savage-and later by Colonel Joe Gallagher, the son of a Pentagon General-the Group is stationed in England, and flies long-range bombing missions into German-held Europe.
TV Show Star Rating : 7.4  Read More

The Legend of Zorro

Diego Vega returns from his study trip to discover his homeland is under the army's dictatorship. Diego, refusing to watch idly, disguises himself as Zorro to protect the weak and oppressed. Diego is not a coward but he is unable to win the affections of his sweetheart, Lolita, who is attracted to other more noble men. Diego serenades Lolita as Zorro and fights the evils of his homeland, hoping to capture her heart.
TV Show Star Rating : 7.1  Read More

A six-part French documentary about the Second World War composed exclusively of actual footage of the war as filmed by war correspondents, soldiers, resistance fighters and private citizens. The series is shown in color, with the black and white footage being fully colorized, save for some original color footage. The only exception to the treatment are most Holocaust scenes, which are presented in the original black and white.
TV Show Star Rating : 8.2  Read More

Set in 15th century Italy at the height of the Renaissance, The Borgias chronicles the corrupt rise of patriarch Rodrigo Borgia to the papacy, where he proceeds to commit every sin in the book to amass and retain power, influence and enormous wealth for himself and his family.
TV Show Star Rating : 7.6  Read More