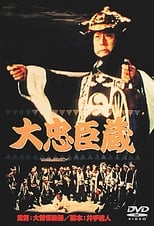 Daichūshingura is a television dramatization of the events of the Forty-seven Ronin. The first episode aired on January 5, 1971, and the 52nd and final episode appeared on December 28 of the same year. The NET network broadcast it in the Tuesday evening 9:00–9:56 prime-time slot in Japan. The series featured an all-star cast. The central actor was Toshiro Mifune, who portrayed Ōishi Kuranosuke; Yoko Tsukasa his wife; and kabuki actor Onoe Kikugorō VII their son Chikara. 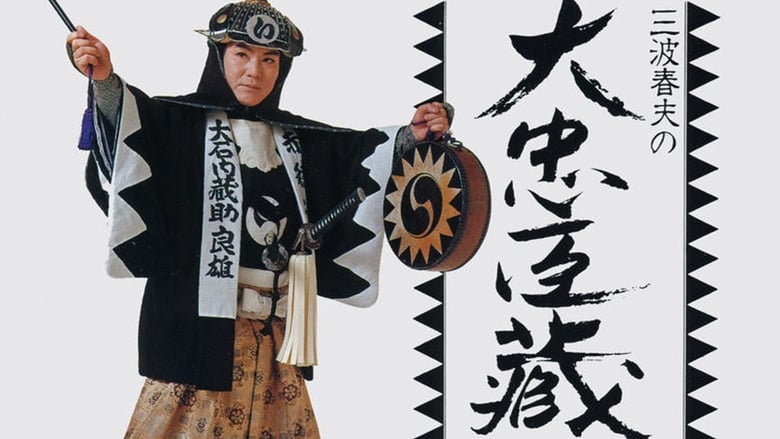 Kazutoyo lived during the end of the Sengoku period (1546-1605). He was the first feudal lord of the fief of Tosa on the island of Shikoku. He served Nobunaga Oda, Hideyoshi Toyotomi and Tokugawa Ieyasu. Chiyo (1557-1617) was his wife, and was known in history for her dedication and devotion to her husband (like Matsu was to Toshiie in Toshiie to Matsu). She is the daughter of a samurai who served the feudal lord Asai.
TV Show Star Rating : 0  Read More

The 41st NHK Taiga Drama is Toshiie to Matsu. During the turbulent Warring States Era, one man's life and career intertwined with the three great generals of Japanese history-Nobunaga, Hideyoshi, and Ieyasu. With political savvy and the support of his fiercely loyal wife, Maeda Toshiie rose to second in power in the shogunate and built up a fiefdom that encompassed Echizen, Noto and Kaga.
TV Show Star Rating : 0  Read More

A samurai lord has bartered away his newborn son's organs to forty-eight demons in exchange for dominance on the battlefield. Yet, the abandoned infant survives thanks to a medicine man who equips him with primitive prosthetics—lethal ones with which the wronged son will use to hunt down the multitude of demons to reclaim his body one piece at a time, before confronting his father. On his journeys the young hero encounters an orphan who claims to be the greatest thief in Japan.
TV Show Star Rating : 8.721  Read More

The Story is about three daughters of a "Hatamoto" during the end of the Edo period and the Meiji Restoration.
TV Show Star Rating : 0  Read More

Set in the 18th century, the show follows the Shogun Yoshimune, who likes to disguise himself as a low-ranking samurai and go into his capital of Edo to see the life of the common man, as well as to seek out and punish evildoers who would hurt his citizens. He is aided by Magistrate Oo'oka and a vivacious fireman, Tatsugoro, as well as a rotating cast of other recurring characters. Along with Zenigata Heiji and Mito Kōmon, it ranks among the longest-running series in the jidaigeki genre. Like so many other jidaigeki, it falls in the category of kanzen-chōaku, loosely, "rewarding good and punishing evil."
TV Show Star Rating : 0  Read More

Daichūshingura is a television dramatization of the events of the Forty-seven Ronin. The first episode aired on January 5, 1971, and the 52nd and final episode appeared on December 28 of the same year. The NET network broadcast it in the Tuesday evening 9:00–9:56 prime-time slot in Japan. The series featured an all-star cast. The central actor was Toshiro Mifune, who portrayed Ōishi Kuranosuke; Yoko Tsukasa his wife; and kabuki actor Onoe Kikugorō VII their son Chikara.
TV Show Star Rating : 0  Read More

Unokichi , the grandchild of Edo’s wealthiest merchant Mikuniya Tokuemon, becomes a constable in an unexpected turn of events. His immense wealth and detached manner amazes his colleagues. However, Unokichi does not care at all. He is hopeless with the sword, cannot run and is afraid of the dark. Although he is totally unsuitable for the job, he keeps causing misunderstandings with the people around him as he solves many cases that occur in Edo with their help.
TV Show Star Rating : 0  Read More

The 40th NHK Taiga Drama is Hojo Tokimune. It tells the dramatic and turbulent life of young shikken Hojo Tokimune, and his successful defense of Japan from invasion by Mongolia in the 1200's. It is a tragic story of betrayal and clan wars and Hojo Tokimune is at the center of it all. The main focus of the story is Hojo Tokiyori's older sons, their relationship, and their views and actions concerning Kublai Khan's attempted invasion. The two brothers, Tokimune and Tokisuke, are torn apart by politics.
TV Show Star Rating : 0  Read More

"Ako Roshi" is a group of 47 former retainers of Lord Asano. Lord Asano was forced to commit suicide after attempting to kill Lord Kira. Once the retainers hear about their Lord's death, they sacrifice their lives to regain the honor of their former master.
TV Show Star Rating : 0  Read More