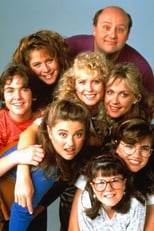 Just the Ten of Us

Just the Ten of Us is an American sitcom starring stand-up comedian Bill Kirchenbauer as Coach Graham Lubbock, a teacher and the head of a large Catholic family with eight children living in Eureka, California. The series is a spin-off of Growing Pains, in which Kirchenbauer portrayed the same character on a recurring basis. As the series progressed, Coach Lubbocks four eldest daughters, the teenagers Marie, Cindy, Wendy, and Connie, became the primary focus of the show. Just the Ten of Us aired on ABC starting with a trial run on April 26, 1988 and ending on May 17, 1990. After the first four episodes in an abbreviated first season were aired, the show was renewed for two more seasons, eventually ending after 47 episodes on May 4, 1990. The show was most notably a part of what would become that networks TGIF programming block. 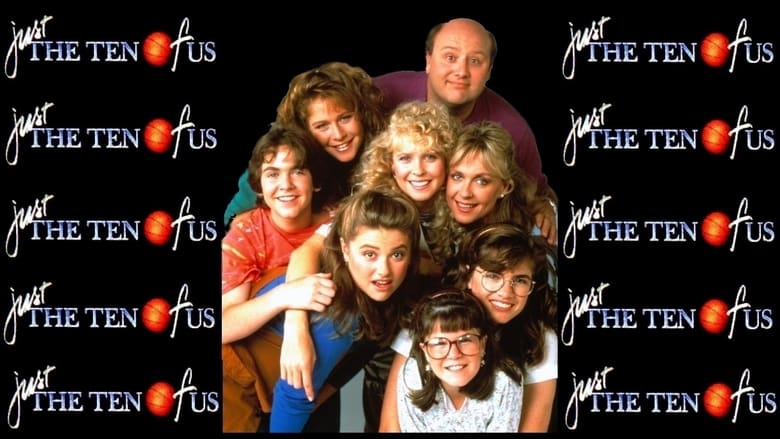 Similar TV Shows to Just the Ten of Us

The animated stories of Garfield the cat, Odie the dog, their owner Jon and the trouble they get into. And also Orson the Pig and his adventures on a farm with his fellow farm animals.
TV Show Star Rating : 7.259  Read More

The sleepy Pacific Northwest town of Eureka is hiding a mysterious secret. The government has been relocating the world's geniuses and their families to this rustic town for years where innovation and chaos have lived hand in hand. U.S. Marshal Jack Carter stumbles upon this odd town after wrecking his car and becoming stranded there. When the denizens of the town unleash an unknown scientific creation, Carter jumps in to try to restore order and consequently learns of one of the country's best kept secrets.
TV Show Star Rating : 7.77  Read More

A furry alien wiseguy comes to live with a terran family after crashing into their garage.
TV Show Star Rating : 7.688  Read More

Diego de la Vega, the son of a wealthy landowner, returns from his studies in Spain and discovers that Los Angeles is under the command of Capitan Monastario, a cruel man who relishes in the misuse of his power for personal gain. Knowing that he cannot hope to single-handedly defeat Monastario and his troops, Diego resorts to subterfuge. He adopts the secret identity of Zorro, a sinister figure dressed in black, and rides to fight Monastario's injustice.
TV Show Star Rating : 7.824  Read More

When 10-year-old Ben Tennyson discovers a mysterious device, he gains the power to change into ten different alien heroes, each with uniquely awesome powers. With such abilities at his disposal, Ben realizes a greater responsibility to help others and stop evildoers, but that doesn't mean he's above a little superpowered mischief now and then.
TV Show Star Rating : 8.104  Read More

8 Out of 10 Cats is a British television comedy panel game produced by Zeppotron for Channel 4. It was first broadcast on 3 June 2005. The show is based on statistics and opinion polls, and draws on polls produced by a variety of organizations and new polls commissioned for the programme, carried out by company Harris Poll. The show's title is derived from a well-known advertising tagline for Whiskas cat food, which originally claimed that "8 out of 10 cats prefer Whiskas".
TV Show Star Rating : 7.375  Read More

Inspector Gadget is a clumsy, dim-witted human cyborg detective with various bionic gadgets built into his body. Gadget stumbles around working the cases while his niece and dog do most of the investigating. Gadget's arch-nemesis is Dr. Claw, the leader of an evil organisation, known as "M.A.D."
TV Show Star Rating : 7.027  Read More

Hogan's Heroes is an American television sitcom that ran for 168 episodes from September 17, 1965, to July 4, 1971, on the CBS network. The show was set in a German prisoner of war camp during World War II. Bob Crane starred as Colonel Robert E. Hogan, coordinating an international crew of Allied prisoners running a Special Operations group from the camp. Werner Klemperer played Colonel Wilhelm Klink, the commandant of the camp, and John Banner was the inept sergeant-of-the-guard, Hans Schultz. The series was popular during its six-season run. In 2013, creators Bernard Fein through his estate and Albert S. Ruddy acquired the sequel and other separate rights to Hogan's Heroes from Mark Cuban through arbitration and a movie based on the show has been planned.
TV Show Star Rating : 7.661  Read More