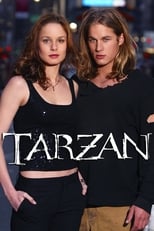 From the day two decades ago that young John Claytons parents died and left him alone in the African jungle, he was raised by apes and has emerged as the fearless Tarzan. Captured by his billionaire uncle, Richard Clayton, the CEO of powerful Greystoke Industries, Tarzan is returned, against his will, to his familys home in New York City. Resisting captivity, he escapes into the concrete jungle of New York City where he encounters the strong-willed NYPD detective Jane Porter. Janes perfectly ordered life is turned upside-down by Tarzans dangerous yet profoundly untainted morality. Romantically involved with another member of the force, Detective Michael Foster, Jane is left to choose between reason and instinct, civilization and pure humanity, her head and her heart. 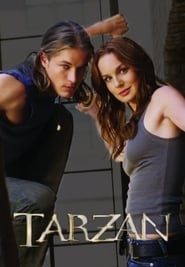 Mary Beth Lacey and Chris Cagney are teamed up as NYPD police detectives. Their opposing personalities (one is tough and the other sensitive) mesh to make this one of the great crime-fighting duos of all time.
TV Show Star Rating : 7.4  Read More

Sexy New York detective and single mother Harlee Santos fell in with a tight-knit group of dirty cops, taking bribes and protection money that she uses to provide the best life for her honest, talented daughter. But when she's trapped by the FBI and forced to inform on her own "brothers," she'll have to walk the fine line between love, loyalty, honor and betrayal, and try to keep it together for her daughter's future.
TV Show Star Rating : 7.1  Read More

Detective Jane Timoney finds that being a homicide detective in New York City is tough enough and having to contend with a male-dominated police department to get respect makes it that much tougher. She's an outsider who has just transferred to a new precinct dominated by an impenetrable clique of a boys' club. Timoney has her own vices too – with a questionable past – and she tends to be forceful, rude and reckless. But she's also a brilliant cop who keeps her eye on one thing: the prime suspect.
TV Show Star Rating : 6.5  Read More

CSI: NY is an American police procedural television series that ran on CBS from September 22, 2004 to February 22, 2013 for a total of nine seasons and 197 original episodes. The show follows the investigations of a team of NYPD forensic scientists and police officers identified as "Crime Scene Investigators".
TV Show Star Rating : 7.1  Read More

After a serial killer imitates the plots of his novels, successful mystery novelist Richard "Rick" Castle receives permission from the Mayor of New York City to tag along with an NYPD homicide investigation team for research purposes.
TV Show Star Rating : 7.8  Read More

Top of the Lake