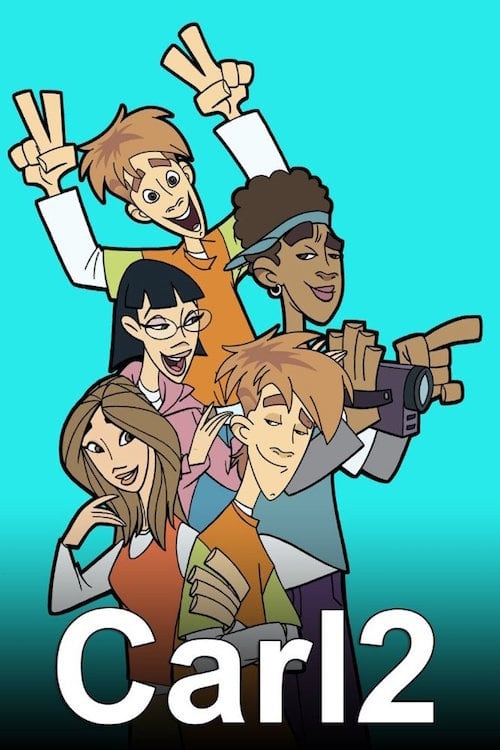 Plot : Carl² is a Canadian animated series which explores what would happen if a teenager had a clone. The concept of the cartoon is a mixture of biological studies and normal teenage life. Carl Crashman is a lazy 14-year-old who is only good at one thing: slacking. After a rough day and being tired of constantly doing things he hated, he was blogging on the Internet and complaining about his life when he accidentally ordered a clone from a spam e-mail using his fingerprint, a yearbook photo and a scabby band-aid; Carl is shocked when an online cloning company sends him an exact clone of himself in a box. Carl names him C2. Even though C2 looks like Carl, talks like him, and walks like him, C2 is more ambitious, hard-working, and charming, much to Carl's advantage. Since C2 arrived, Carl has been slacking off a lot more. However, C2 often does the opposite to what Carl wants. Carl decides to keep C2 a secret from everyone else except his best friend Jamie James. The show's theme song depicts the initial arrival of C2 at Carl's house. There are two different versions of the theme songs, each version having a different opening sequence and slightly different lyrics. As of Season 2, the opening sequence includes more on how C2 was created in the cloning lab.

Meet the Diffy family, a futuristic family from the year 2121. When the eccentric dad, Lloyd, rents a time machine for their family vacation, everyone is excited. But then something goes wrong. Their time machine malfunctions and they are thrown out of the space/time continuum in the year 2004.
TV Show Star Rating : 7.4  Read More