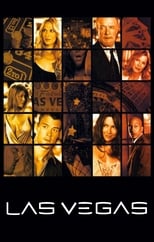 Las Vegas is an American television series broadcast by NBC from September 22, 2003 to February 15, 2008. The show focuses on a team of people working at the fictional Montecito Resort & Casino dealing with issues that arise within the working environment, ranging from valet parking and restaurant management to casino security. The series originally aired on Monday nights, though NBC later moved the series to Friday nights first to 9 PM Eastern/8 PM Central and then to 10 PM Eastern/9 PM Central. The show ended syndication in the United States in July 2013 after a long run of weekday back to back episodes it was moved to a graveyard slot of 4 am- then removed totally from TNTs lineup. The series originally centered around Ed Deline, a strict ex-CIA officer who went from being Head of Security to becoming President of Operations of the Montecito, whose job is to run the day-to-day operations of the casino. Following his departure from the series in Season 5, former Marine Danny McCoy, Eds former protégé, became the Montecitos new President of Operations. The series abruptly ended with a cliffhanger because NBC canceled Las Vegas in the offseason following season five. 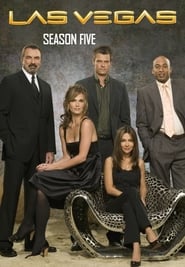 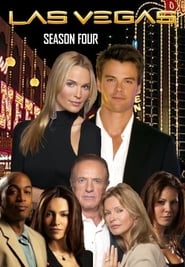 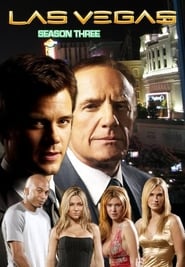 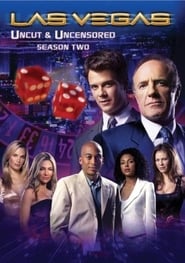 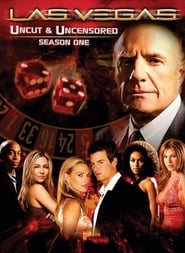 An ensemble workplace comedy about a group of underdogs trying to find their place in the world, set on the Friday night flight from LAX to Vegas and the returning flight on Sunday, who all share the same goal: to come back a winner in the casino of life.
TV Show Star Rating : 6.5  Read More

An action-packed Las Vegas thriller about a former military operative turned security expert who is drawn into a high-stakes game where an organization of wealthy individuals gamble on his ability to stop some of the biggest crimes imaginable from playing out. Can he take them down from the inside and get revenge for the death of his wife, or is it true what they say: the House always wins.
TV Show Star Rating : 5.9  Read More

Mario Puzos The Godfather: The Complete Novel for Television

The Defenders is a drama about two colorful Las Vegas defense attorneys who go all-in when it comes to representing their clients. Nick and Pete are the local go-to guys with an eclectic client list who are still looking to hit their own jackpot.
TV Show Star Rating : 6.5  Read More

Ralph Lamb wants to be left in peace to run his ranch, but Las Vegas is now swelling with outsiders and corruption which are intruding on his simple life. Recalling Lamb's command as a military police officer during World War II, the Mayor appeals to his sense of duty to look into a murder of a casino worker – and so begins Lamb’s clash with Vincent Savino, a ruthless Chicago gangster who plans to make Vegas his own.
TV Show Star Rating : 7.5  Read More

Vega$ is an American detective television drama series that aired on ABC between 1978 and 1981. It was produced by Aaron Spelling. The series was filmed in its entirety in Las Vegas, Nevada. It is believed to be the first television series produced entirely in Las Vegas. The show stars Robert Urich as private detective Dan Tanna, who drove around the streets of Las Vegas in a red 1957 Ford Thunderbird solving crimes and making Las Vegas a better place for residents and tourists alike.
TV Show Star Rating : 7.7  Read More

Father of the Pride

Father of the Pride is an American animated television series that began broadcasting on NBC on August 31, 2004 and was part of a short-lived trend of CGI series in prime-time network TV. The show, which was produced by Jeffrey Katzenberg and his company DreamWorks Animation, revolves around a family of white lions, the patriarch of which stars in a Siegfried & Roy show in Las Vegas. Despite heavy promotion, the show was unsuccessful and was canceled after one season. Transmission and production were also delayed by the real-life on-stage injury of Roy Horn.
TV Show Star Rating : 7.2  Read More