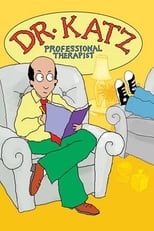 Dr. Katz, Professional Therapist is an American animated series that originally ran on Comedy Central from May 28, 1995 to December 24, 1999—with a final set of three shelved episodes airing in 2002—starring Jonathan Katz, Jon Benjamin, and Laura Silverman. The show was created by a Burbank, California production company Popular Arts Entertainment, with Jonathan Katz and Tom Snyder, developed and first made by Popular Arts for HBO Downtown Productions. Boston-based Tom Snyder Productions became the hands-on production company, and the episodes were usually produced by Katz and Loren Bouchard. The show was computer animated in a crude, easily recognizable style produced with the software Squigglevision in which all persons and animate objects are colored and have constantly squiggling outlines, while most other inanimate objects are static and usually gray in color. The original challenge Popular Arts faced was how to repurpose recorded stand-up comedy material. To do so they based Dr. Katzs patients on stand-up comics for the first several episodes, simply having them recite their stand-up acts. The secondary challenge was how to affordably animate on cable TV at the time. Snyder had Squigglevision, an inexpensive means of getting animation on cable, which could not afford traditional animation processes. A partnership between Popular Arts, Tom Snyder Productions and Jonathan Katz was formed and Dr. Katz: Professional Therapist was born. 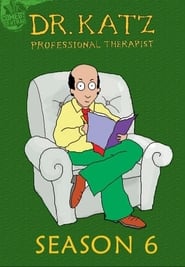 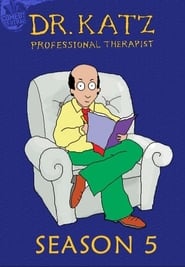 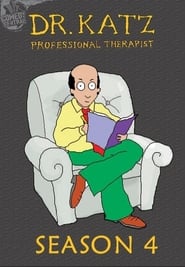 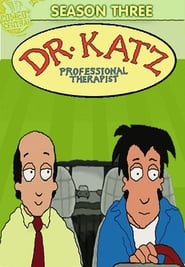 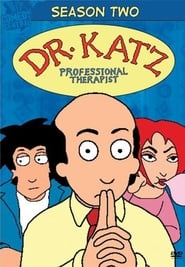 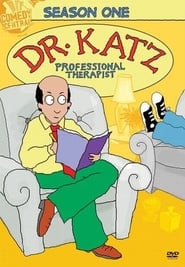 Charlie is a non-traditional therapist specializing in anger management. He has a successful private practice and he performs pro bono counseling for an inmate group at a state prison. Prior to his career as a therapist, he was a major league baseball player whose career was put on the shelf for good by his own struggle with anger issues.
TV Show Star Rating : 6.1  Read More

Set within the highly charged confines of individual psychotherapy sessions and centering around Dr. Paul Weston, a psychotherapist who exhibits an insightful, reserved demeanor while treating his patients—but displays a crippling insecurity while counseled by his own therapist.
TV Show Star Rating : 8  Read More

Fiona Wallice is a therapist with little patience for her patients. Tired of hearing about people's problems for fifty long minutes, she devises a new treatment, the three-minute video chat. And still, the sessions end up being largely about her. If she's your therapist, you've got problems.
TV Show Star Rating : 7  Read More

The Bob Newhart Show is an American situation comedy produced by MTM Enterprises, which aired 142 original episodes on CBS from September 16, 1972, to April 1, 1978. Comedian Bob Newhart portrays a psychologist having to deal with his patients and fellow office workers. The show was filmed before a live audience.
TV Show Star Rating : 7.8  Read More

An unusual, real-world romance involving relatable people, with one catch - there are three of them! You Me Her infuses the sensibilities of a smart, grounded indie rom-com with a distinctive twist: one of the two parties just happens to be a suburban married couple.
TV Show Star Rating : 7  Read More

Florence Champagne is a therapist who has very little patience for her patients. She’d had enough of listening to their problems for 50 interminable minutes at a stretch, so she invented a new kind of therapy: 3-minute online video sessions (where she usually ends up becoming the subject, by the way). If you choose her as your therapist, something’s definitely not right…
TV Show Star Rating : 0  Read More

After being rejected from every medical residency program on his list, Dr. David Tracy scrambles to perform 1750 hours of clinical therapy out of his garage to become a licensed therapist before his $500,000 activate and destroy his life.
TV Show Star Rating : 7.5  Read More

The journey of Jean Holloway – a therapist who begins to develop dangerous and intimate relationships with the people in her patients' lives.
TV Show Star Rating : 6.6  Read More

A tough, sexy Long Island divorcee, Callie Thorne, gets a job as therapist for a professional football team in order to make ends meet. Underestimated at every turn, she succeeds beyond all expectations and soon finds herself as the sought-after therapist to high-profile clients. As a newly single mom raising two teenagers, she is determined to make her new career work by striking a balance between her personal and professional worlds.
TV Show Star Rating : 7  Read More