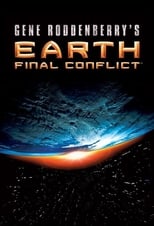 Earth: Final Conflict is a Canadian science fiction television series based on story ideas created by Gene Roddenberry, and produced under the guidance of his widow, Majel Barrett-Roddenberry. It was not produced, filmed or broadcast until after his death. It ran for five seasons between October 6, 1997, and May 20, 2002. The original title for the show was Battleground: Earth, but the producers changed it because it sounded too much like L. Ron Hubbards novel, Battlefield Earth. The executive producer was Majel Barrett-Roddenberry. She also appeared in some early episodes as the character Dr Julianne Belman. Barrett was in possession of notes Roddenberry kept of story and series ideas; after his death, these notes provided the basis for this series. 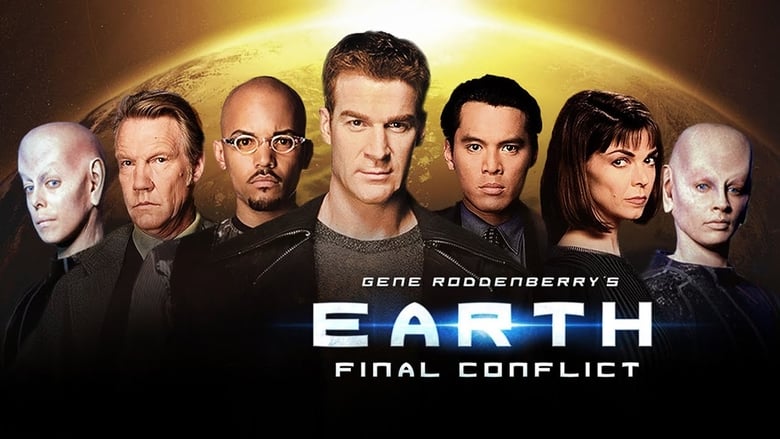 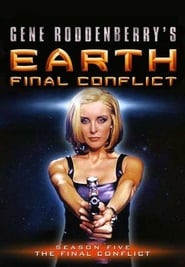 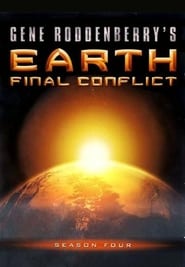 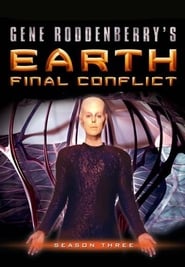 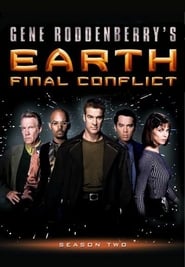 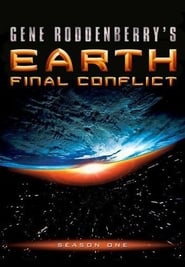 A re-imagining of the 1980's miniseries about the world's first encounter with an alien race in which the aliens call themselves The Visitors, and have a seemingly friendly agenda that may or may not be a cover for something more malevolent.
TV Show Star Rating : 6.5  Read More

In the near future, planet Earth is permanently altered following the sudden—and tumultuous—arrival of seven unique alien races. In the boom-town of Defiance, the newly-formed civilization of humans and aliens must learn to co-exist peacefully.
TV Show Star Rating : 6.8  Read More

Falling Skies opens in the chaotic aftermath of an alien attack that has left most of the world completely incapacitated. In the six months since the initial invasion, the few survivors have banded together outside major cities to begin the difficult task of fighting back. Each day is a test of survival as citizen soldiers work to protect the people in their care while also engaging in an insurgency campaign against the occupying alien force.
TV Show Star Rating : 6.9  Read More

Pulled to the far side of the galaxy, where the Federation is 75 years away at maximum warp speed, a Starfleet ship must cooperate with Maquis rebels to find a way home.
TV Show Star Rating : 7.8  Read More

Taken, also known as Steven Spielberg Presents Taken, is a science fiction miniseries which first aired on the Sci-Fi Channel in 2002 and won an Emmy Award for Outstanding Miniseries. Filmed in Vancouver, British Columbia, Canada, it was written by Leslie Bohem, and directed by Breck Eisner, Félix Enríquez Alcalá, John Fawcett, Tobe Hooper, Jeremy Paul Kagan, Michael Katleman, Sergio Mimica-Gezzan, Bryan Spicer, Jeff Woolnough and Thomas J. Wright. The executive producers were Leslie Bohem and Steven Spielberg. The show takes place from 1944 to 2002 and follows the lives of three families: the Crawfords, who seek to cover up the Roswell crash and the existence of aliens; the Keys, who are subject to frequent experimentation by the aliens; and the Clarkes, who sheltered one of the surviving aliens from the crash. As a result of the decades-long storyline, not a single actor or character appears in every episode of the series. Reception was positive, and the series won an Emmy Award. When the show was launched, the Sci-Fi Channel used the simultaneous establishment of the organization Coalition for Freedom of Information in its promotion campaign. Both the Sci-Fi Channel and the Coalition for Freedom of Information are clients of Washington, D.C. public relations firm PodestaMattoon, and this apparent co-mingling of clients was criticized. The Coalition for Freedom of Information is a group which seeks the release of classified governmental UFO files as well as scientific, congressional, and media credibility for the study of this subject.
TV Show Star Rating : 7.6  Read More

First Wave is a Canadian/American science fiction television series, filmed in Vancouver, British Columbia, Canada, that aired from 1998 to 2001 on the Sci-Fi Channel. The show was created by Chris Brancato, who co-wrote an early version of the script for the seminal X-Files episode "Eve". Francis Ford Coppola was executive producer on the show. In an unusual move, the Sci-Fi Channel picked up the series on a 66-episode contract. The show was subsequently canceled once the contract expired at the end of the third season due to disappointing ratings.
TV Show Star Rating : 6.9  Read More

Once again, Earth is the battleground. But now the aliens whose human guise hides their true reptilian natures are wiser. They believe the secret to their survival on Earth lies in the DNA of the newly born half-human, half-spaceling Starchild. But that's something the world's Resistance Fighters cannot allow.
TV Show Star Rating : 7.2  Read More

My Girlfriend is an Alien

The alien girl Chai Xiaoqi tells the story of Fang Xiaoqi, the overbearing president of the alien girl who died from the "Cape Town Planet", who was suffering from the "rainy weather heterosexual amnesia". A high-energy hilarious and romantic cross-star love story. The female host Chai Xiaoqi is not only an alien, but also a true-handed witch. Once she inhales the hormones emitted by the males in the earth, she will fall into the "flowery state" and suffer from various diseases. The fun and ridiculously ridiculous romance will restore the singularity of the girl in the perfection of the girl. In order to survive on the human earth, Chai Xiaoqi will use his various super powers to solve one accident after another, like a roller coaster. The ups and downs will make the audience hooked. The male lord is cold and is an alternative overbearing president. When it rains, he will forget the opposite sex that appears around him. For this reason, he and the female host will launch various "fighting and fighting" laughter dramas. The experience of high sweetness and romance is expected to be Strongly slammed the girl's heart when it was broadcast.
TV Show Star Rating : 7  Read More