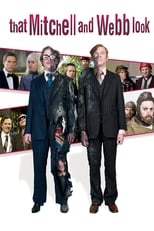 That Mitchell and Webb Look is a British television sketch show starring David Mitchell and Robert Webb. Shown on BBC Two since 2006, its first two series were directed by David Kerr, who also directed Mitchell and Webbs previous television sketch show The Mitchell and Webb Situation, whereas series 3 and 4 are directed by Ben Gosling Fuller. As well as Mitchell and Webb themselves, the writers include Jesse Armstrong, James Bachman, Sam Bain, Mark Evans, Olivia Colman, Toby Davies, Chris Pell, Jonathan Dryden Taylor, Joel Morris, Jason Hazeley, Simon Kane, John Finnemore and others. It is produced by Gareth Edwards. Colman, Bachman, and Evans were also members of the cast alongside Abigail Burdess, Gus Brown, Sarah Hadland and Paterson Joseph. Many of its characters and sketches are first featured in the duos radio show That Mitchell and Webb Sound. First aired on 14 September 2006, a second series was commissioned later that same year and shown between 21 February 2008 and 27 March 2008. The third series began on 11 June 2009. Since series two, the production has also been broadcast on BBC HD. The first series won a BAFTA award in 2007. The third series started airing on BBC America on 14 April 2010. The fourth series premiered on BBC Two and BBC HD on 13 July 2010 with a total of 6 episodes commissioned by the BBC. In a November 2011 interview, Webb stated that there are "no plans, sadly, for another series of sketches" continuing to say that "youd have to ask the BBC" about further series. 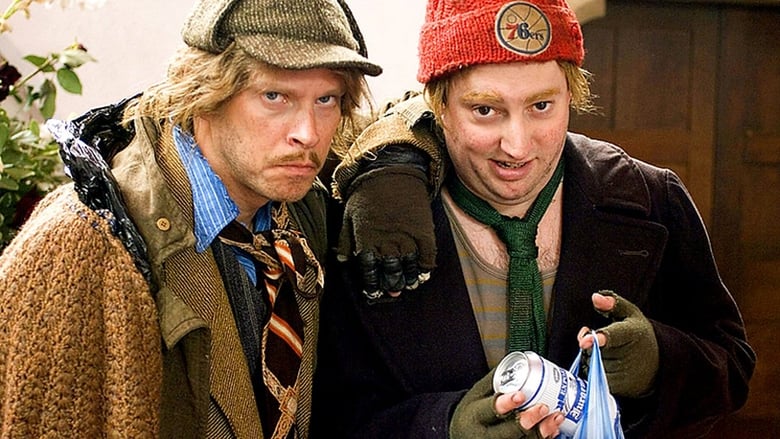 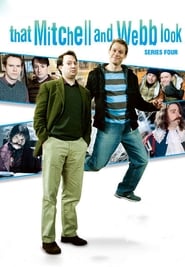 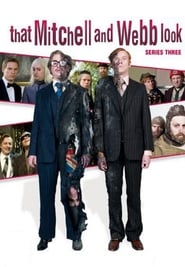 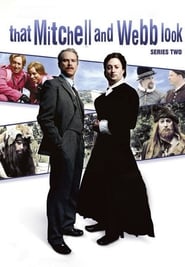 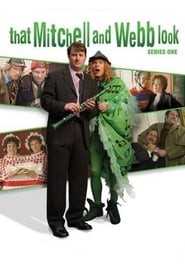 Similar TV Shows to That Mitchell and Webb Look

Little Britain is a British character-based comedy sketch show which was first broadcast on BBC radio and then turned into a television show. It was written by comic duo David Walliams and Matt Lucas. The show's title is an amalgamation of the terms 'Little England' and 'Great Britain', and is also the name of a Victorian neighbourhood and modern street in London. The show comprises sketches involving exaggerated parodies of British people from all walks of life in various situations familiar to the British. These sketches are presented to the viewer together with narration in a manner which suggests that the programme is a guide—aimed at non-British people—to the ways of life of various classes of British society. Despite the narrator's description of great British institutions, the comedy is derived from the British audience's self-deprecating understanding of either themselves or people known to them.
TV Show Star Rating : 7.1  Read More

This partially unscripted comedy brings viewers into the squad car as incompetent officers swing into action, answering 911 calls about everything from speeding violations and prostitution to staking out a drug den. Within each episode, viewers catch a "fly on the wall" glimpse of the cops' often politically incorrect opinions, ranging from their personal feelings to professional critiques of their colleagues.
TV Show Star Rating : 7.2  Read More

Comedy about the life and times of William Shakespeare as he starts to make a name for himself in London, whilst also trying to balance life as a husband and father for his family in Stratford-upon-Avon.
TV Show Star Rating : 7.8  Read More

Get Smart is an American comedy television series that satirizes the secret agent genre. Created by Mel Brooks with Buck Henry, the show stars Don Adams, Barbara Feldon, and Edward Platt. Henry said they created the show by request of Daniel Melnick, who was a partner, along with Leonard Stern and David Susskind, of the show's production company, Talent Associates, to capitalize on "the two biggest things in the entertainment world today"—James Bond and Inspector Clouseau. Brooks said: "It's an insane combination of James Bond and Mel Brooks comedy." This is the only Mel Brooks production to feature a laugh track. The success of the show eventually spawned the follow-up films The Nude Bomb and Get Smart, Again!, as well as a 1995 revival series and a 2008 film remake. In 2010, TV Guide ranked Get Smart's opening title sequence at No. 2 on its list of TV's Top 10 Credits Sequences, as selected by readers.
TV Show Star Rating : 7.8  Read More