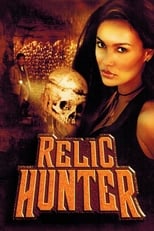 Relic Hunter is an anglophone Canadian television series It centers around Sydney Fox who is a professor but primarily a globe-trotting "relic hunter", looking for ancient artifacts to return to museums and/or the descendants of the original owner. She is aided by her linguistic assistant Nigel and occasionally by her somewhat air-headed secretary Claudia. She often ends up battling rival hunters seeking out artifacts for the money. The series includes fantasy and science fiction elements, with many of the relics featured having genuine supernatural powers or being pieces of unusually advanced technology. 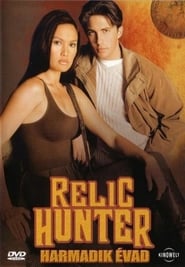 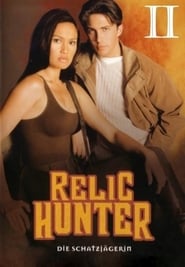 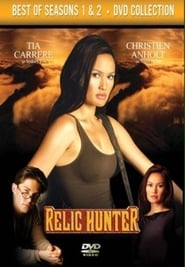 A group of librarians set off on adventures in an effort to save mysterious, ancient artifacts. Based on the series of "The Librarian" movies.
TV Show Star Rating : 7.1  Read More

Dr. Daniel Pierce, a neuroscientist and professor, is recruited to help the federal government crack difficult cases. His intimate knowledge of human behavior and masterful understanding of the mind give him an extraordinary ability to read people, but his eccentric view of the world and less-than-stellar social skills can often interfere with his work.
TV Show Star Rating : 7.4  Read More

Jackie Chan Adventures is an American animated television series chronicling the adventures of a fictionalized version of action film star Jackie Chan. Many of the episodes contain references to Chan's actual works. This series ran on Kids' WB! from September 9, 2000 to July 8, 2005 for a total of 95 episodes, or 5 seasons. During its run, it was also shown on Cartoon Network, and afterwards, its reruns landed on Disney XD. An Arabic translation has been airing on MBC 3 since early 2006 and a Tamil translation has been airing on Chutti TV since its launch. It also used to air on Cartoon Network in Urdu. There have been several toys and video games based on the series. Its main character designer is Jeff Matsuda.
TV Show Star Rating : 7.7  Read More

Follows brothers Marty and Rick Lagina through their effort to find the speculated - and as of yet undiscovered - buried treasure believed to have been concealed through extraordinary means on Oak Island.
TV Show Star Rating : 7.6  Read More

Nikita will stop at nothing to expose and destroy Division, the secret U.S. agency who trained her as a spy and assassin.
TV Show Star Rating : 7.2  Read More

With the strength of Hercules, the wisdom of Athena, the speed of Mercury and the beauty of Aphrodite, she’s Wonder Woman. Beautiful Amazon princess Wonder Woman travels to 1940s America disguised as Diana Prince, assistant to handsome but trouble-prone Major Steve Trevor. Using her golden belt, which imbues her with astonishing strength, her bullet-deflecting bracelets, a golden lasso that dispels dishonesty and an invisible supersonic plane, Wonder Woman combats evil.
TV Show Star Rating : 6.8  Read More

After saving the life of the President, two secret service agents - Myka Bering and Pete Lattimer - find themselves assigned to the top secret Warehouse 13. The Warehouse is a massive, top secret facility that houses dangerous and fantastical objects. Together, Pete and Myka along with fellow agents Claudia, Steve Jinks and Warehouse caretaker Artie, must recover artifacts from around the globe before they can cause catastrophic damage.
TV Show Star Rating : 7.6  Read More

Xena is an infamous warrior on a quest to seek redemption for her past sins against the innocent. Accompanied her comrade-in-arms Gabrielle, the campy couple use their formidable fighting skills to help those who are unable to defend themselves.
TV Show Star Rating : 7.2  Read More

A tight-knit group of teens unearths a long-buried secret, setting off a chain of illicit events that takes them on an adventure they'll never forget.
TV Show Star Rating : 8.6  Read More

The “Abyss” is the last unexplored region, an enormous and treacherous cave system filled with ancient relics and strange creatures. Only the bravest of adventurers can traverse its depths, earning them the nickname, “Cave Raiders.” Within the depths of the Abyss, a girl named Riko stumbles upon a robot who looks like a young boy. Tantalized by the Abyss, Riko and her new friend descend into uncharted territory to unlock its mysteries, but what lies in wait for them in the darkness?
TV Show Star Rating : 8  Read More