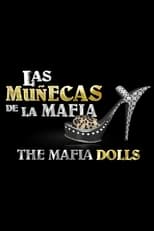 Las Muñecas De La Mafia is a 2009 Colombian telenovela produced by BE-TV and broadcast by Caracol TV. Its based on Juan Camilo Ferrand and Andres Lopezs book "Las Fantásticas". They also wrote the scripts for the television series. The telenovela will debut soon on the Telefutura Network. Series debuted on May 3, 2010 after the Vecinos finale. The show ended July 2010 in the U.S. It talks about the story of Brenda, Olivia, Violeta, Renata and Pamela. They get into trouble throughout the series because they get involved with some mafia guys from "El Carmen" in Colombia.They all have sad endings. Pamela immigrates, at the end of the story, to the United States of America to try to get away from trouble and be close to her father, who was a pilot and end up in jail because he was captured by DEA taking cocaine to U.S in a plain, and ends up as a maid but tells Brenda she is happy and having a great life. Olivia ends up in jail for having a fake wedding with a Braulio Bermudez and getting some of his properties. Violeta dies when the two mafia opposite sides were going to end a war that was going on in between them.Renata also dies because she was force by erick, to pay money she owe him, to carry drugs in her stomach to the United States and no one of her loved ones knew because she had no identification on her. Brenda ends up being pregnant by Braulio, she never saw him again, because he was taken to an US jail. This is a very exiting story to see and it shows how easy life is never a good choice, might be nice and easy at the beginning but some day all ends. 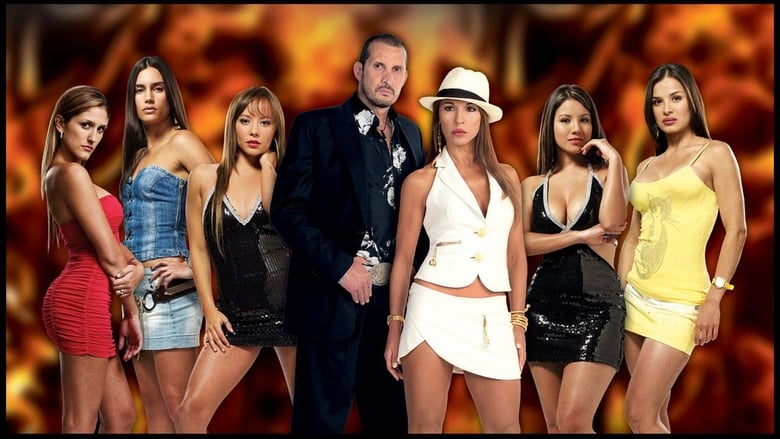 The Cartel follows ten friends, all of them members of a dangerous drug cartel, whose ambition for power and money will cause them to eventually kill each other. For it is an undeniable truth that, in this business, you always lose.
TV Show Star Rating : 7.408  Read More

The series is set at the Elite Way School, a prestigious private boarding high school in Mexico City with a major plot line revolving around a group of students forming a pop band. Additional subplots involve the school's faculty and the students' parents. One trademark of the show is the random use of English words and phrases, often used by fresa characters.
TV Show Star Rating : 8.464  Read More

La Fea Más Bella is a Mexican telenovela produced by Televisa. It is the second Mexican version of the popular Colombian telenovela: Betty la fea. La Fea más Bella stars popular actress/singer/comedian Angélica Vale and actor/singer Jaime Camil, with one of the most diverse and popular supporting casts ever assembled in Mexico, including Angélica María, José José, Sergio Mayer, Elizabeth Álvarez, Patricia Navidad and many others. Univision broadcast 2 hour episodes of La Fea Más Bella from September 13, 2010 to April 15, 2011 La Fea Más Bella also won the TV y Novelas award for best telenovela of the year. In 2009 it was dubbed into Arabic and aired on MTV Lebanon as Letty instead of La Fea Más Bella. "The Best Telenovela of the Year 2007".
TV Show Star Rating : 8.038  Read More

Teresa Chavez is a young woman with an obsession for money and ambition. Despite her beauty and the fact that she was raised in the bosom of a loving family, she is resentful; her one desire is to leave her humble but poor neighbourhood.
TV Show Star Rating : 7.522  Read More

Family is the most important thing, and the children of Władysław and Maria Lubicz from Warsaw can always count on each other, no matter what surprises life offers.
TV Show Star Rating : 1.7  Read More

Nuevo Rico Nuevo Pobre is a Colombian telenovela produced and broadcast by Caracol TV starring Martín Karpan, John Alex Toro, Maria Cecilia Botero, Carolina Acevedo, Hugo Gómez, former Miss Colombia Andrea Noceti and Andrés Toro. The show started on July 16, 2007 on Caracol TV and it is also broadcast on Ecuador's Teleamazonas in primetime. Caracol TV has sold the rights of the show to Telemundo and Fox. It is, as of May 2008, one of the highest rated TV shows in Colombia.
TV Show Star Rating : 8.045  Read More

La Prepago is about a woman living a double life: one as a beautiful university student with a normal love life from a traditional family; the other as a high-class escort who is paid for companionship and to satisfy the sexual appetites of men.
TV Show Star Rating : 7.138  Read More