Star Trek: Enterprise is a science fiction TV series and a prequel to the original Star Trek set 100 years before. The series premiered September 26, 2001 on the UPN television network with the final episode airing on May 13, 2005. The series takes place in the 22nd century aboard Earths first warp 5 capable starship Enterprise NX-01 designed for long-range exploration of the galaxy and captained by Jonathan Archer. The NX designation indicates that this Enterprise is an experimental prototype. 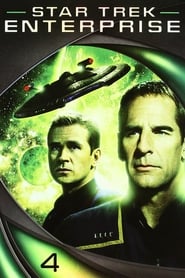 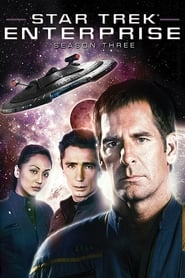 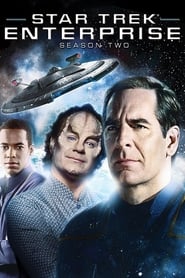 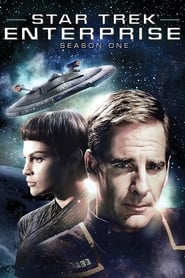 When an old enemy, the Cylons, resurface and obliterate the 12 colonies, the crew of the aged Galactica protect a small civilian fleet - the last of humanity - as they journey toward the fabled 13th colony, Earth.
TV Show Star Rating : 8.1  Read More

Pulled to the far side of the galaxy, where the Federation is 75 years away at maximum warp speed, a Starfleet ship must cooperate with Maquis rebels to find a way home.
TV Show Star Rating : 7.7  Read More

Star Trek: Deep Space Nine is a science fiction television series set in the Star Trek universe. The show is set in the Milky Way galaxy, in the years 2369 - 2375. Unlike the other Star Trek TV shows, it takes place on a space station instead of a starship, so as not to have two series with starships at the same time. This made continuing story arcs and the appearance of recurring characters much more feasible. The show is noted for its well-developed characters and its original, complex plots. The series depended on darker themes, less physical exploration of space, and an emphasis on many aspects of war. DS9 premiered in 1993 and ran for seven seasons, ending in 1999. Rooted in Gene Roddenberry’s Star Trek universe, it was the first Trek spin-off created without direct involvement from Roddenberry, although he did give his blessing to the concept shortly before his death in 1991. The series was created by Rick Berman and Michael Piller, at the request of Brandon Tartikoff, and produced by Paramount Television. Key writers, in addition to Berman and Piller, included showrunner Ira Steven Behr, Robert Hewitt Wolfe, Ronald D. Moore, Peter Allan Fields, Bradley Thompson, David Weddle, Hans Beimler, and René Echevarria.
TV Show Star Rating : 7.8  Read More

A thriller set two hundred years in the future following the case of a missing young woman who brings a hardened detective and a rogue ship's captain together in a race across the solar system to expose the greatest conspiracy in human history.
TV Show Star Rating : 7.5  Read More

Ten years before Kirk, Spock, and the Enterprise there was Discovery. Star Trek, one of the most iconic and influential global television franchises, returns 50 years after it first premiered featuring a new ship, new characters and new missions, while embracing the same ideology and hope for the future that inspired a generation of dreamers and doers.
TV Show Star Rating : 6.8  Read More

The six-person crew of a derelict spaceship awakens from stasis in the farthest reaches of space. Their memories wiped clean, they have no recollection of who they are or how they got on board. The only clue to their identities is a cargo bay full of weaponry and a destination: a remote mining colony that is about to become a war zone. With no idea whose side they are on, they face a deadly decision. Will these amnesiacs turn their backs on history, or will their pasts catch up with them?
TV Show Star Rating : 6.3  Read More

The story of Stargate SG-1 begins about a year after the events of the feature film, when the United States government learns that an ancient alien device called the Stargate can access a network of such devices on a multitude of planets. SG-1 is an elite Air Force special operations team, one of more than two dozen teams from Earth who explore the galaxy and defend against alien threats such as the Goa'uld, Replicators, and the Ori.
TV Show Star Rating : 8  Read More

With the Ancients' city of Atlantis discovered in the Pegasus Galaxy by Stargate Command, Dr. Elizabeth Weir and Major Sheppard lead a scientific expedition to the ancient abandoned city. Once there, the team not only find themselves unable to contact Earth, but their explorations unexpectedly reawaken the Ancients' deadly enemies, The Wraith, who hunger for this new prey. Now with the help of newfound local allies like Teyla Emmagan, the Atlantis Team sets about to uncover their new home's secrets even as their war of survival against the Wraith begins.
TV Show Star Rating : 7.8  Read More