Murder One is an American legal drama series that first aired on the ABC network in the United States in 1995. The series was created by Steven Bochco, Charles H. Eglee, and Channing Gibson. TV Guide included the series in their 2013 list of 60 shows that were "Cancelled Too Soon". 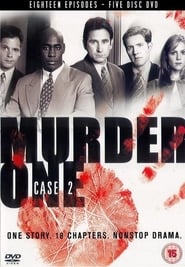 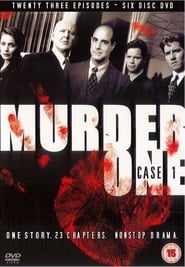 Similar TV Shows to Murder One

The Defenders is an American courtroom drama series that ran on CBS from 1961–1965. It starred E. G. Marshall and Robert Reed as father-and-son defense attorneys who specialized in legally complex cases, with defendants such as neo-Nazis, conscientious objectors, civil rights demonstrators, a schoolteacher fired for being an atheist, an author accused of pornography, and a physician charged in a mercy killing. It was created by television writer Reginald Rose. The Museum of Broadcast Communications called it "perhaps the most socially conscious series the medium has ever seen", a show "singularly resonant with New Frontier liberalism." In 2002, The Defenders was ranked #31 on TV Guide's 50 Greatest TV Shows of All Time. and in 2013 TV Guide ranked it #8 in its list of The 60 Greatest Dramas of All Time.
TV Show Star Rating : 9  Read More

Damages is an American legal thriller television series created by the writing and production trio of Daniel Zelman and brothers Glenn and Todd A. Kessler. The plot revolves around the brilliant, ruthless lawyer Patty Hewes and her protégée, recent law school graduate Ellen Parsons. Each season features a major case that Hewes and her firm take on, while also examining a chapter of the complicated relationship between Ellen and Patty. The first two seasons center around the law firm Hewes & Associates. Later seasons center more on Patty and Ellen's relationship as Ellen begins to distance herself from Hewes & Associates and begins an independent career.
TV Show Star Rating : 7.2  Read More