The Ellen Show is a television sitcom starring Ellen DeGeneres that was broadcast during the 2001–2002 season on CBS. It was DeGeneress second attempt at a sitcom, following Ellen on ABC, but it was unable to attract strong ratings and was quickly cancelled. After coming out as a lesbian on her first sitcom, DeGeneress character on The Ellen Show, Ellen Richmond, was also a lesbian, although the show did not focus as heavily on the characters sexuality as did the final season of her first sitcom. The Ellen Show also starred Cloris Leachman, Martin Mull, Kerri Kenney, Jim Gaffigan and Emily Rutherfurd. 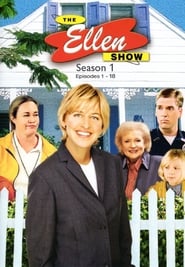