Conan is a late-night talk show airing each Monday through Thursday on TBS in the United States. The hourlong show premiered on November 8, 2010, and is hosted by writer, comedian and performer Conan OBrien. The programs host previously starred on NBCs Late Night with Conan OBrien for 16 years, then presented The Tonight Show for seven months until Jay Lenos return to his version of The Tonight Show due to the 2010 Tonight Show conflict. Describing itself as a traditional late-night talk show, Conan draws its comedy from recent news stories, political figures and prominent celebrities, as well as aspects of the show itself. The show typically opens with a monologue from Conan OBrien relating to recent headlines and frequently features exchanges with his sidekick, Andy Richter, and members of the audience. The next segment is devoted to a celebrity interview, with guests ranging from actors and musicians to media personalities and political figures. The show then closes with either a musical or comedy performance. In January 2010, after The Tonight Show with Conan OBrien had been on the air for seven months, it was announced that NBC intended to move Jay Leno from primetime back to his original timeslot, with OBriens show starting shortly after midnight. Following a brief conflict, NBC announced that they had paid $45 million to buy out OBriens contract, ending his relationship with the network. Months after his official leave, OBrien went on a comedy tour called The Legally Prohibited from Being Funny on Television Tour, which was largely inspired by the outpouring of support for OBrien on the Internet during the conflict. It was announced on the first day of the tour that OBrien would be joining TBS in November. 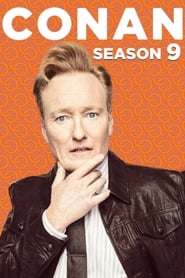 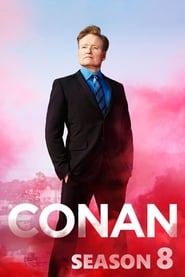 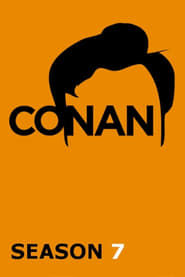 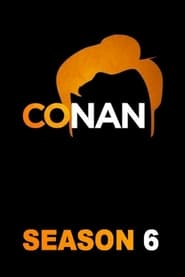 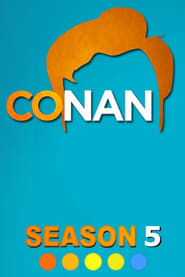 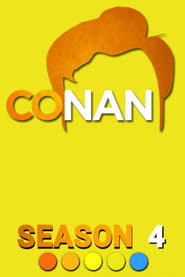 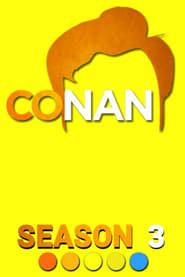 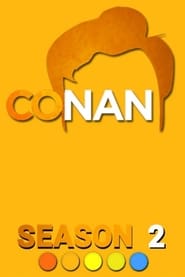 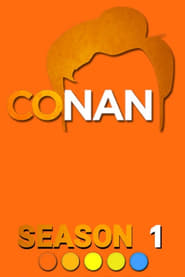 Wogan is a British television chat show that was broadcast on BBC1 from 1982 until 1992, presented by Terry Wogan. It followed the format of a series broadcast in 1980 entitled What's On Wogan?, which failed to gather viewers. The Wogan show was initially broadcast on Tuesday evenings on BBC1 in 1981. From 1982 to 1984, it moved into the Parkinson slot on Saturday nights. From Monday 18 February 1985 it was moved to weekday evenings at 7:00pm, where it remained, three nights per week, from 1985 to 1992, as part of the new look BBC one schedule. The show was generally broadcast live from BBC Television Theatre in Shepherd's Bush, London until 1991. It was then broadcast from the BBC Television Centre. Some shows were pre-recorded, but broadcast unedited, 'as live'. It was replaced by the soap opera Eldorado.
TV Show Star Rating : 7  Read More

Some of this year's most talked about talent open up about the challenges and triumphs of creating critically acclaimed series and performances.
TV Show Star Rating : 8  Read More

What to expect: interviews, musical performances, a fierce band, surprising stories and most of all, guests who are more than happy to play along and follow Éric Salvail on his beautifully crazy tangents!
TV Show Star Rating : 0  Read More

Skavlan is a Norwegian-Swedish television talk show hosted by Norwegian journalist Fredrik Skavlan. It premiered in Sweden on Sveriges Television in January 2009, and the first guests to appear on the show were former Prime Minister of Sweden Göran Persson and his wife Anitra Steen. On 8 May 2009, it was announced that Skavlan had been renewed for a second season. It was also announced that the show would no longer only be produced by SVT in Sweden; Skavlan would now be partly produced in Norway by the Norwegian Broadcasting Corporation. The first twelve episodes of Skavlan's second season were produced by SVT in Sweden, and the remaining twelve by NRK in Norway. Skavlan speaks Norwegian and his dialog is therefore subtitled in Swedish in Sweden, even though the two languages are quite similar and mutually intelligible. If the persons being interviewed by Skavlan are Swedish, he often tells them to let him know if they do not understand what he is saying. Swedish novelist Jan Guillou has criticized SVT for subtitling the program, stating "there is no need for that. If the host had been Danish, subtitling would have been necessary, but with a Norwegian host it does not make any sense."
TV Show Star Rating : 5.3  Read More

Each week Bill Maher surrounds himself with a panel of guests which include politicians, actors, comedians, musicians and the like to discuss what's going on in the world.
TV Show Star Rating : 6.2  Read More

Late Show with David Letterman is an American late-night talk show hosted by David Letterman on CBS. The show debuted on August 30, 1993, and is produced by Letterman's production company, Worldwide Pants Incorporated and CBS Television Studios. The show's music director and band-leader of the house band, the CBS Orchestra, is Paul Shaffer. The head writer is Matt Roberts and the announcer is Alan Kalter. Of the major U.S. late-night programs, Late Show ranks second in cumulative average viewers over time and third in number of episodes over time. The show leads other late night shows in ad revenue with $271 million in 2009. In most U.S. markets the show airs at 11:35 p.m. Eastern/Pacific time, but is recorded Monday through Wednesday at 4:30 p.m., and Thursdays at 3:30 p.m and 6:00 p.m. The second Thursday episode usually airs on Friday of that week. In 2002, Late Show with David Letterman was ranked No. 7 on TV Guide's 50 Greatest TV Shows of All Time. CBS has a contract with Worldwide Pants to continue the show through 2014; by then, Letterman will surpass Johnny Carson as the longest tenured late-night talk show host.
TV Show Star Rating : 6.9  Read More