Alcatraz is an American television series created by Elizabeth Sarnoff, Steven Lilien and Bryan Wynbrandt, and produced by J. J. Abrams and Bad Robot Productions. The series premiered on Fox on January 16, 2012, as a mid-season replacement. Switching between eras, the series focuses on the Alcatraz prison, which was allegedly shut down in 1963 due to unsafe conditions for its prisoners and guards. The shows premise is that both the prisoners and the guards disappeared in 1963 and have abruptly reappeared in modern-day San Francisco, where they are being tracked down by a government agency. The series starred Sarah Jones, Jorge Garcia, Sam Neill and Parminder Nagra. The show was cancelled on May 9, 2012. 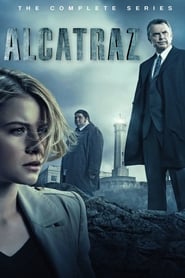 Nash Bridges is an American television police drama created by Carlton Cuse. The show starred Don Johnson and Cheech Marin as two Inspectors with the San Francisco Police Department's Special Investigations Unit. The show ran for six seasons on CBS from March 29, 1996 to May 4, 2001 with a total of 122 episodes being produced. The show has aired in over 70 countries. It currently airs in the Middle East on MBC's newly launched Action block MBC Action, DR2 in Denmark, Crime & Investigation Network, WGN America, Universal HD in the United States, TV1 in Australia, 13th Street in The Netherlands and Universal Channel in Serbia.
TV Show Star Rating : 6.5  Read More

Ironside is a Universal television series that ran on NBC from September 14, 1967 to January 16, 1975. The show starred Raymond Burr as a paraplegic Chief of Detectives, Robert T. Ironside. The character debuted on March 28, 1967 in a TV movie. When broadcast in the United Kingdom the show was initially titled A Man Called Ironside. The show earned Burr six Emmy and two Golden Globe nominations. A new television series having the same name, Ironside is currently under development and is scheduled to debut on October 2, 2013.
TV Show Star Rating : 6.8  Read More

Columbo is a friendly, verbose, disheveled-looking police detective who is consistently underestimated by his suspects. Despite his unprepossessing appearance and apparent absentmindedness, he shrewdly solves all of his cases and secures all evidence needed for indictment. His formidable eye for detail and meticulously dedicated approach often become clear to the killer only late in the storyline.
TV Show Star Rating : 7.8  Read More

The story of the Miami Police Department's vice squad and its efforts to end drug trafficking and prostitution, centered on the unlikely partnership of Sonny Crockett and Ricardo Tubbs - who first meet when Tubbs is undercover in a drug cartel.
TV Show Star Rating : 7.1  Read More