The Transformers is the first animated television series in the Transformers franchise. The series depicts a war among giant robots that can transform into vehicles and other objects. Written and recorded in America, the series was animated in Japan and South Korea. The entire series was based upon the Diaclone and Microman toy lines originally created by Japanese toy manufacturer Takara, which were developed into the Transformers toy line by American company Hasbro. The series was supplemented by a feature film, The Transformers: The Movie, taking place between the second and third seasons. In Japan, the series was called Fight! Super Robot Life Form Transformers for Seasons 1 and 2, and Transformers 2010 for Season 3. Following the conclusion of the series in 1987, the Japanese created Transformers: The Headmasters, a sequel series. Due to the 1992 franchise-wide relaunch under the name Transformers: Generation 2, the original series and its toy and comic book parallels are referred to as Transformers: Generation 1, aka G1. Initially a fan-coined term, it has since made its way into official use as a retronym. Although not a completely new show, new CGI features such as bumpers, alter the appearance of the old episodes. 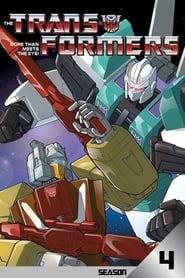 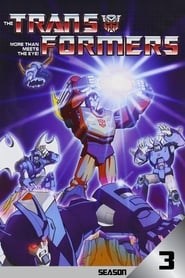 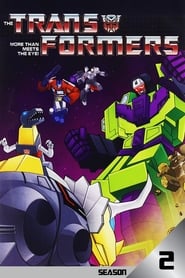 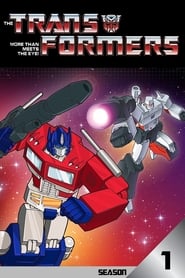 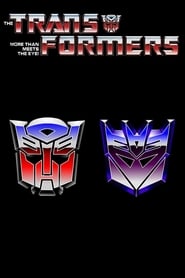 Similar TV Shows to The Transformers

Years after the events of Predacons Rising, Bumblebee is summoned back to Earth to battle several of Cybertron's most wanted Decepticons that escaped from a crashed prison ship and assembles a team of young Autobots that includes Sideswipe (a rebel "bad boy bot"), Strongarm (an Elite Guard cadet), Grimlock (a bombastic Dinobot), and Fixit (a hyperactive Mini-Con with faulty wiring).
TV Show Star Rating : 6.8  Read More

In the future when technological enhancements and robotics are a way of life, Major Motoko Kusanagi and Section 9 take care of the jobs that are too difficult for the police. Section 9 employs hackers, sharpshooters, detectives and cyborgs all in an effort to thwart cyber criminals and their plans to attack the innocent.
TV Show Star Rating : 8  Read More

Terminator: The Sarah Connor Chronicles is an American science fiction television series that aired on Fox. It is a spin-off from the Terminator series of films. It revolves around the lives of the fictional characters Sarah and John Connor, following the events of Terminator 2: Judgment Day.
TV Show Star Rating : 7.2  Read More

In a parallel present where the latest must-have gadget for any busy family is a 'Synth' - a highly-developed robotic servant that's so similar to a real human it's transforming the way we live.
TV Show Star Rating : 7.3  Read More

A dark odyssey about the dawn of artificial consciousness and the evolution of sin. Set at the intersection of the near future and the reimagined past, it explores a world in which every human appetite, no matter how noble or depraved, can be indulged.
TV Show Star Rating : 8.2  Read More

Set 58 years before Battlestar Galactica, Caprica follows two rival families - the Graystones and the Adamas - as they grow, compete, and thrive in the vibrant world of the peaceful 12 Colonies, living in a society close to our own. Entangled in the burgeoning technology of artificial intelligence and robotics that will eventually lead to the creation of the Cylons, the two houses go toe-to-toe, blending action with corporate conspiracy and sexual politics.
TV Show Star Rating : 6.7  Read More

MegaMan NT Warrior, known in Japan as Rockman.EXE, is an anime and manga series based on Capcom's Mega Man Battle Network video game series, part of the Mega Man franchise. The manga series was written by Ryo Takamisaki and ran in Shogakukan's CoroCoro Comic between 2001 and 2006. The anime series, produced by Xebec, ran for five seasons on TV Tokyo in Japan between March 2002 and September 2006. Viz Media produced English-language versions of the manga and licensed the first two seasons of the anime. Despite the common ground, the stories of the game, anime, and manga versions of the Battle Network series all diverge heavily from each other.
TV Show Star Rating : 8.5  Read More