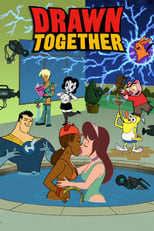 Drawn Together is an American adult animated sitcom, which ran on Comedy Central from October 27, 2004 to November 14, 2007. The series was created by Dave Jeser and Matt Silverstein, and uses a sitcom format with a TV reality show setting. Like that of MTVs The Challenge and VH1s The Surreal Life, the shows eight characters are a combination of personalities that were recognizable and familiar prior to the series. Differently, however, Drawn Together used caricatures of established cartoon characters and stock characters. In addition, their character traits parody personality types that are typically seen in reality TV shows. Comedy Central advertised it as the first animated reality show, and in some episodes, characters participate in challenges that are similar to reality TV challenges. After only three seasons the show was cancelled but still maintains a strong fan base. Subsequently, The Drawn Together Movie: The Movie! was released on April 20, 2010. 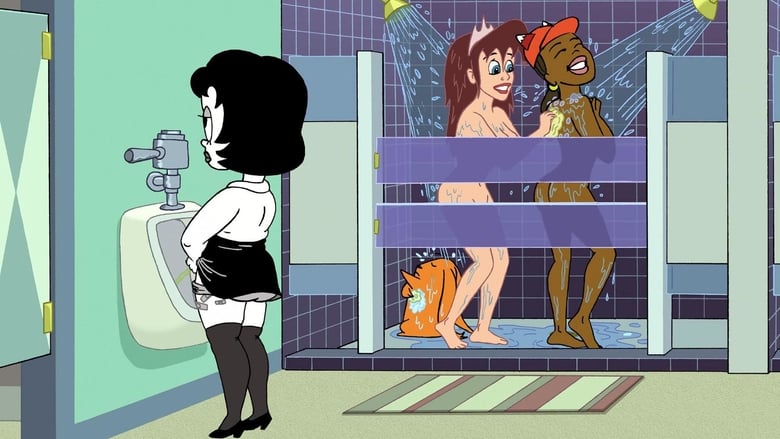 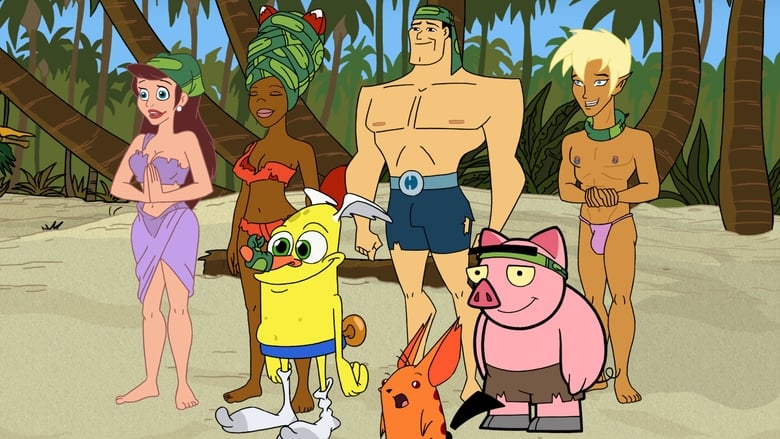 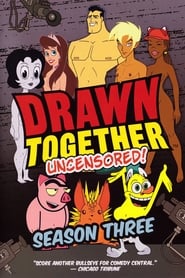 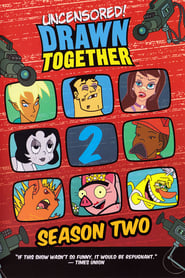 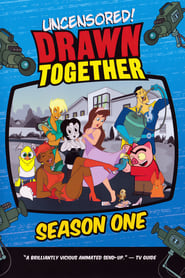 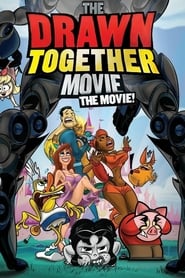 Similar TV Shows to Drawn Together

Sick, twisted, politically incorrect and Freakin' Sweet animated series featuring the adventures of the dysfunctional Griffin family. Bumbling Peter and long-suffering Lois have three kids. Stewie (a brilliant but sadistic baby bent on killing his mother and taking over the world), Meg (the oldest, and is the most unpopular girl in town) and Chris (the middle kid, he's not very bright but has a passion for movies). The final member of the family is Brian - a talking dog and much more than a pet, he keeps Stewie in check whilst sipping Martinis and sorting through his own life issues.
TV Show Star Rating : 6.8  Read More

Burning Love is a scripted comedy series which is a web spoof of the television shows The Bachelor, The Bachelorette and Bachelor Pad. Depending on the season, the show either follows a man or a woman who is looking for the perfect mate from a pool of contestants, or has contestants living together in a mansion competing for a cash prize. Ben Stiller is executive co-producer. Season 1 showcases fireman Mark Orlando as the bachelor. Season 2 of the series, which premiered in February 2013, stars June Diane Raphael reprising her role as season 1 contestant Julie, now the bachelorette given the chance to find the perfect man. Season 3 also premiered in 2013 and starred former contestants from Seasons 1 and 2 competing for a $900 prize rather than for love.
TV Show Star Rating : 7.6  Read More

This partially unscripted comedy brings viewers into the squad car as incompetent officers swing into action, answering 911 calls about everything from speeding violations and prostitution to staking out a drug den. Within each episode, viewers catch a "fly on the wall" glimpse of the cops' often politically incorrect opinions, ranging from their personal feelings to professional critiques of their colleagues.
TV Show Star Rating : 7.1  Read More

The Cleveland Show is an American adult animated sitcom created by Seth MacFarlane, Mike Henry, and Richard Appel for the Fox Broadcasting Company as a spin-off of Family Guy. The series centers on the Browns and Tubbs, two dysfunctional families consisting of parents Cleveland Brown and Donna Tubbs and their children Cleveland Brown, Jr., Roberta Tubbs, and Rallo Tubbs, and, like Family Guy, exhibits much of its humor in the form of cutaway gags that often lampoon American culture.
TV Show Star Rating : 5.7  Read More

Meet the most beloved sitcom horse of the 90s - 20 years later. BoJack Horseman was the star of the hit TV show "Horsin' Around," but today he's washed up, living in Hollywood, complaining about everything, and wearing colorful sweaters.
TV Show Star Rating : 8.5  Read More