Saved by the Bell is an American television sitcom that aired on NBC from 1989 to 1993. The series was a retool of the Disney Channel series Good Morning, Miss Bliss. The show follows the exploits of a group of friends and their principal, and although the series primarily showcases light-hearted comedic situations, it occasionally touches on serious social issues, such as drug use, driving under the influence, homelessness, divorce, death, and environmental issues. This made Saved by the Bell a precursor to later shows that introduce young audiences to critical moral dilemmas. Saved by the Bell stars Mark-Paul Gosselaar, Dustin Diamond, Lark Voorhies, Dennis Haskins, Tiffani-Amber Thiessen, Elizabeth Berkley, and Mario Lopez. Saved by the Bell was named one of the "20 Best School Shows of All Time" by AOL TV. The shows popularity spawned two spin-off series to follow: Saved by the Bell: The College Years, a prime time series that follows several of the original characters to college, and Saved by the Bell: The New Class, a Saturday morning series that follows a new group of students at Bayside High School. The series also spawned two TV movies and a short-lived comic book series. Saved by the Bell also aired in Australia on Channel Seven, and from 1990 until 2004 on Nickelodeon. Reruns have aired in local syndication and on MTV2. 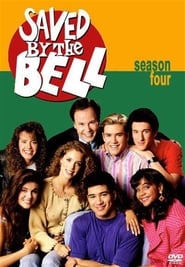 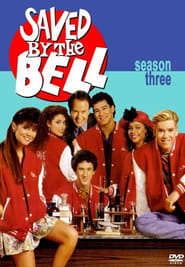 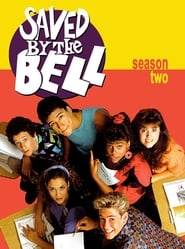 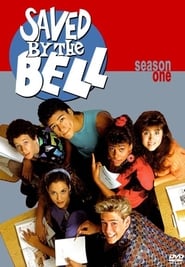 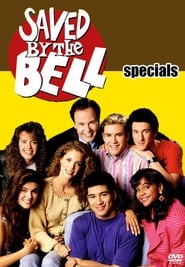 Similar TV Shows to Saved by the Bell

Saved by the Bell: The New Class is a spin-off of the Saved by the Bell series which ran from September 11, 1993 to January 8, 2000. The series lasted for seven seasons on NBC as a part of the network's TNBC Saturday morning line-up. It was the fourth incarnation of the franchise. The show had the same concept as the original series but featured a new group of students now roaming the halls of the fictional Bayside High School. Mr. Belding, played by Dennis Haskins, remained as the school's principal. Many of the stories were recycled plots of its parent series. The first season cast included Robert Sutherland Telfer, Jonathan Angel, Isaac Lidsky, Natalia Cigliuti, Bianca Lawson, and Bonnie Russavage. Unlike the original series, which featured very few major cast changes throughout its run, The New Class regularly changed its core cast with Mr. Belding being the only constant factor. The series was universally panned by critics and most fans of the original series and is one of the worst reviewed teen shows, but had a positive reception to new fans of the franchise.
TV Show Star Rating : 4.5  Read More

Parker Lewis Can't Lose is an American teen sitcom that originally aired on FOX from September 1990 to June 1993. During the last season, the series sported the simpler title Parker Lewis. The series was produced by Columbia Pictures Television and was strongly influenced by the feature film Ferris Bueller's Day Off. The film's TV spinoff Ferris Bueller debuted on NBC during the same month as Parker Lewis, but it only lasted 13 episodes.
TV Show Star Rating : 7.1  Read More

Ferris Bueller is an American sitcom based on the 1986 John Hughes film Ferris Bueller's Day Off. The show stars Charlie Schlatter in the title role. The series debuted on August 23, 1990, on NBC and was cancelled within its first season, a few months after its debut. The show was produced by Maysh Ltd Productions in association with Paramount Television. Hughes was not involved in the show's production, and asked that his name not be used by Paramount Television to promote it.
TV Show Star Rating : 6  Read More

A group of teenagers navigating high school and charging into adulthood the way everyone does... by taking one step forward and three steps back.
TV Show Star Rating : 3.6  Read More

Spencer, later titled Under One Roof, is an American teen situation comedy broadcast on NBC for one season starting in December 1984. The show originally starred Chad Lowe as high school student Spencer Winger, Mimi Kennedy as his mother Doris Winger, and Ronny Cox as his father George Winger. Lowe left the series in 1985 after six episodes and was replaced by Ross Harris, who assumed the role of Spencer. At that time the show's title was changed from Spencer to Under One Roof; the first episode with the new title aired March 23, 1985. Cox also left the show during the retooling, his character written off as having left the family for a 23-year-old woman. Harold Gould and Frances Sternhagen were added to the cast as Spencer's maternal grandparents. Former WKRP in Cincinnati star Richard Sanders played a high school guidance counselor in the series.
TV Show Star Rating : 0  Read More

An irreverent look at the conflict, chaos and humor that defines teenage life through the eyes of 15-year-old Jenna Hamilton whose life begins to change when a simple accident becomes an epic misunderstanding and is blown way out of proportion. Narration in the first-person voice of Jenna's blog posts captures the humor within the struggles and experiences everyone can relate to from their formative years.
TV Show Star Rating : 6.2  Read More

Retired mobster tries to get back in business by making friends with the kid of his ex-boss. To do so, he must became PE teacher in kid's school.
TV Show Star Rating : 6.1  Read More