A cat-and-mouse series with a twist on the everyday whodunit, "Motive" centers on Angie Flynn, a detective on a backwards chase for clues to a killer that has already been revealed to viewers. The series, filmed in Vancouver, is an unconventional way to watch a crime unfold. Each episode begins by revealing to the audience, not only the victim, but the killer as well. The homicide detective then begins to piece together clues. How did they do it? How are the victim and killer connected? Whats the motive? As the mystery unfolds, the audience navigates the twisted and complicated maze of each murder and solves the puzzle alongside Det. Flynn and her team. 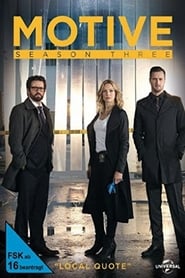 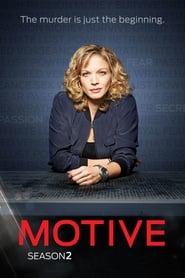 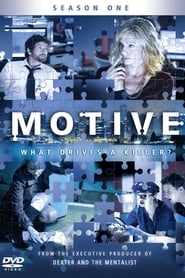 When a body is found on the bridge between Denmark and Sweden, right on the border, Danish inspector Martin Rohde and Swedish Saga Norén have to share jurisdiction and work together to find the killer.
TV Show Star Rating : 7.9  Read More

Cold Case is an American police procedural television series which ran on CBS from September 28, 2003 to May 2, 2010. The series revolved around a fictionalized Philadelphia Police Department division that specializes in investigating cold cases. On May 18, 2010, CBS announced that the series had been canceled. The series currently airs in syndication, and also on Ion Television on Friday in the U.S. and on Viva in Canada. Sleuth channel occasionally airs it at midnight on the weekdays. In 2011, the show began airing on MyNetworkTV.
TV Show Star Rating : 6.9  Read More

Detective John Cardinal attempts to uncover the mystery of what happened to the missing 13-year-old girl whose body is discovered in the shaft-head of an abandoned mine. At the same time, he comes under investigation by his new partner, Lise Delorme, a tough investigator in her own right.
TV Show Star Rating : 6.9  Read More

Cold Squad is a Canadian police procedural television series first broadcast in 1998 that followed the investigations of a part of the Vancouver Police Department Homicide Division tasked with solving cold cases, the titular Cold Squad, as led by Sergeant Ali McCormick. The cast of Cold Squad was diverse and changing, McCormick being the only character to appear in all 7 seasons. Some notable series regulars include Detective Tony Logozzo in seasons 1-2, Sgt. Frank Coscarella in seasons 3-4, Sgt. Len Harper in seasons 5-7, Insp. Vince Schneider season 1, Insp. Simon Ross season 2, Insp. Andrew Pawlachuk seasons 3-7, Det. Mickey Kollander seasons 3-6, Det. Nicco Sevallis seasons 3-6, Christine Wren seasons 4-7, as well as Det. Samantha Walters and Const. Ray Chase in season 7. Between the second and third seasons, almost the entire on-screen cast other than Julie Stewart were replaced. This along with the new sets, a significant revamp of the credits and theme music, and even having McCormick's hair change from auburn to dirty-blonde all contributed to a considerable reworking of the series.
TV Show Star Rating : 5  Read More

Sexy New York detective and single mother Harlee Santos fell in with a tight-knit group of dirty cops, taking bribes and protection money that she uses to provide the best life for her honest, talented daughter. But when she's trapped by the FBI and forced to inform on her own "brothers," she'll have to walk the fine line between love, loyalty, honor and betrayal, and try to keep it together for her daughter's future.
TV Show Star Rating : 6.2  Read More

Dr. Beaumont Rosewood, Jr. is a brilliant private pathologist who uses wildly sophisticated technology and his drive to live life to the fullest to help a tough-as-nails detective and the Miami PD uncover clues no one else can see.
TV Show Star Rating : 5.9  Read More