The Worst Week of My Life

The Worst Week of My Life is a British comedy television series, first broadcast on BBC One between March and April 2004. A second series was aired between November and December 2005 and a three-part Christmas special, The Worst Christmas of My Life was shown during December 2006. It was written by Mark Bussell and Justin Sbresni. 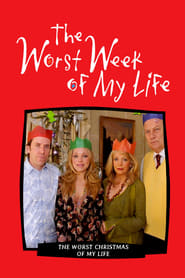 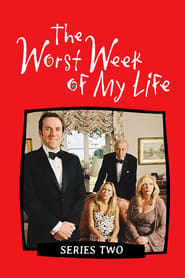 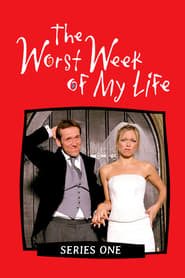 Similar TV Shows to The Worst Week of My Life

Dharma & Greg is an American television sitcom that aired from September 24, 1997, to April 30, 2002. It stars Jenna Elfman and Thomas Gibson as Dharma and Greg Montgomery, a couple who got married on their first date despite being complete opposites. The series is co-produced by Chuck Lorre Productions, More-Medavoy Productions and 4 to 6 Foot Productions in association with 20th Century Fox Television for ABC. The show's theme song was written and performed by composer Dennis C. Brown. Created by executive producers Dottie Dartland and Chuck Lorre, the comedy took much of its inspiration from so-called culture-clash "fish out of water" situations. The show earned eight Golden Globe nominations, six Emmy Award nominations, and six Satellite Awards nominations. Elfman earned a Golden Globe in 1999 for Best Actress.
TV Show Star Rating : 5.9  Read More

Mad About You is an American sitcom that aired on NBC from September 23, 1992 to May 24, 1999. The show stars Paul Reiser and Helen Hunt as a newly married couple in New York City. Reiser played Paul Buchman, a documentary film maker. Hunt played Jamie Stemple Buchman, a public relations specialist. Near the end of the show's run, the couple had a baby daughter, whom they named Mabel. The series focuses mainly on the newlyweds while they dealt with everything from humorous daily minutiae to major struggles. The show's willingness to find comedy in realistic situations and observational dialogue garnered it comparisons to Seinfeld, another NBC comedy about thirty-somethings in New York City. Helen Hunt and Paul Reiser were paid $1 million per episode for the last season. However, ratings fell sharply that year as the series was shuffled away from its Tuesday slot to prop up a fledgling Monday night line-up of comedies on NBC. The final episode of the series was "The Final Frontier". The show's theme song, "Final Frontier", was composed by Reiser and Don Was. The theme was originally performed by Andrew Gold, but a version performed by Anita Baker made its debut midway through the 1997 season. Baker's version was used for the rest of the show's run and appears on the show's soundtrack album. Gold's version is available on the collection Thank You for Being a Friend: The Best of Andrew Gold.
TV Show Star Rating : 6  Read More

The Fall and Rise of Reginald Perrin

Disillusioned after a long career at Sunshine Desserts, Perrin goes through a mid-life crisis and fakes his own death. Returning in disguise after various attempts at finding a 'new life', he gets his old job back and finds nothing has changed. He is eventually found out, and in the second series has success with a chain of shops selling useless junk. That becomes so successful that he feels he has created a monster and decides to destroy it. In the third and final series he has a dream of forming a commune which his long suffering colleagues help bring to reality. Unfortunately that also fails and he finds himself back in a job not unlike the one he originally had at Sunshine Desserts.
TV Show Star Rating : 8.7  Read More