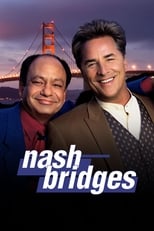 Nash Bridges is an American television police drama created by Carlton Cuse. The show starred Don Johnson and Cheech Marin as two Inspectors with the San Francisco Police Departments Special Investigations Unit. The show ran for six seasons on CBS from March 29, 1996 to May 4, 2001 with a total of 122 episodes being produced. The show has aired in over 70 countries. It currently airs in the Middle East on MBCs newly launched Action block MBC Action, DR2 in Denmark, Crime & Investigation Network, WGN America, Universal HD in the United States, TV1 in Australia, 13th Street in The Netherlands and Universal Channel in Serbia. 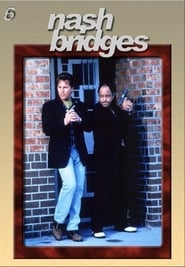 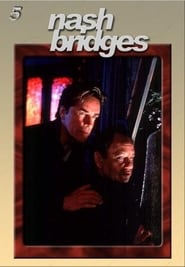 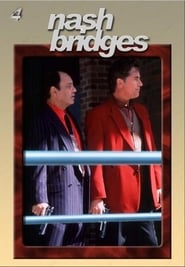 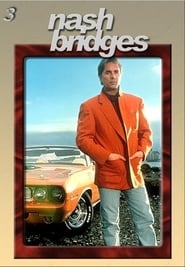 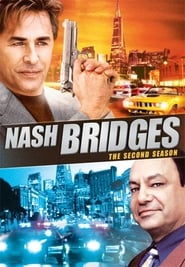 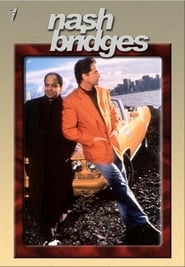 Ironside is a Universal television series that ran on NBC from September 14, 1967 to January 16, 1975. The show starred Raymond Burr as a paraplegic Chief of Detectives, Robert T. Ironside. The character debuted on March 28, 1967 in a TV movie. When broadcast in the United Kingdom the show was initially titled A Man Called Ironside. The show earned Burr six Emmy and two Golden Globe nominations. A new television series having the same name, Ironside is currently under development and is scheduled to debut on October 2, 2013.
TV Show Star Rating : 6.8  Read More

Cold Case is an American police procedural television series which ran on CBS from September 28, 2003 to May 2, 2010. The series revolved around a fictionalized Philadelphia Police Department division that specializes in investigating cold cases. On May 18, 2010, CBS announced that the series had been canceled. The series currently airs in syndication, and also on Ion Television on Friday in the U.S. and on Viva in Canada. Sleuth channel occasionally airs it at midnight on the weekdays. In 2011, the show began airing on MyNetworkTV.
TV Show Star Rating : 6.9  Read More

Former Syracuse, New York, police detective Carrie Wells has hyperthymesia, a rare medical condition that gives her the ability to visually remember everything. She reluctantly joins the New York City Police Department's Queens homicide unit after her former boyfriend and partner asks for help with solving a case. The move allows her to try to find out the one thing she has been unable to remember, which is what happened the day her sister was murdered.
TV Show Star Rating : 5.9  Read More

Sledge Hammer! is an American satirical police sitcom produced by New World Television that ran for two seasons on ABC from 1986 to 1988. The series was created by Alan Spencer and stars David Rasche as Inspector Sledge Hammer, a preposterous caricature of the standard "cop on the edge" character. Al Jean and Mike Reiss, best known for their work on The Simpsons, wrote for the show and worked as story editors.
TV Show Star Rating : 7.4  Read More

Homicide: Life on the Street is an American police procedural television series chronicling the work of a fictional version of the Baltimore Police Department's Homicide Unit. It ran for seven seasons on NBC from 1993 to 1999, and was succeeded by a TV movie, which also acted as the de facto series finale. The series was originally based on David Simon's book Homicide: A Year on the Killing Streets. Many of the characters and stories used throughout the show were based on events depicted in the book, which was also part of the basis for Simon's own series, The Wire on HBO. Although Homicide featured an ensemble cast, Andre Braugher emerged as the series' breakout star through his portrayal of Frank Pembleton. The show won Television Critics Association Awards for Outstanding Achievement in Drama in 1996, 1997, and 1998. It also became the first drama ever to win three Peabody Awards for best drama in 1993, 1995, and 1997. In 1997, the episode "Prison Riot" was ranked No. 32 on TV Guide's 100 Greatest Episodes of All Time. In 2007, it was listed as one of Time magazine's "Best TV Shows of All-TIME." In 1996 TV Guide named the series 'The Best Show You're Not Watching'. The show placed #46 on Entertainment Weekly's "New TV Classics" list.
TV Show Star Rating : 7.4  Read More

This drama follows Inspector Kurt Wallander – a middle-aged everyman – as he struggles against a rising tide of violence in the apparently sleepy backwaters in and around Ystad in Skane, southern Sweden. Based on the international best-selling books by Henning Mankell.
TV Show Star Rating : 7.3  Read More

Polizeiruf 110 is a long-running German language detective television series. The first episode was broadcast 27 June 1971 in the German Democratic Republic, and after the dissolution of Fernsehen der DDR the series was picked up by ARD. It was originally created as a counterpart to the West German series Tatort, and quickly became a public favorite. In contrast with other television crime series, in which killings are practically the primary focus, while Tatort handled homicide cases, the cases handled in the GDR TV's Polizeiruf were more often the more frequent, and less serious, crimes such as domestic violence, extortion, fraud, theft and juvenile delinquency, as well as alcoholism, child abuse and rape. Contrary to Tatort, which concentrated on the primary characters and their private lives, police procedure was the center of attention of Polizeiruf, especially in the earlier episodes. The scriptwriters attached particular importance to representation of the criminal and his state of mind, as well as the context of the crime. Many episodes aimed to teach and enlighten the audience about what does and what doesn't constitute appropriate behaviour and appropriate thought, rather than just to entertain. Polizeiruf was one of the few broadcasts by GDR media in which the real problems and difficulties of the supposedly more advanced socialist society could be displayed and discussed to some extent, albeit in a fictionalized and pedagogicalized environment.
TV Show Star Rating : 5.2  Read More

The District is a television police drama which aired on CBS from October 7, 2000 to May 1, 2004. The show followed the work and personal life of the chief of Washington, D.C.'s Police Department.
TV Show Star Rating : 9.3  Read More