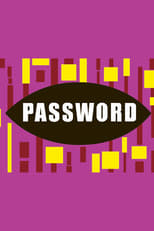 Fort Boyard is a French game show created by Jacques Antoine that was first broadcast in 1990 and is popular to this day. It has been re-made across the globe, successfully in many countries. Those include: Germany, the United Kingdom, Sweden, Norway, Canada, Ukraine, Russia, Denmark, Belgium, the Netherlands, Greece and more recently in Algeria, Poland and Finland over a 20-year period. Set and filmed on the real Fort Boyard in France, the programme appears similar to The Crystal Maze. In both programmes the contestants have to complete challenges to win prize money. However, while The Crystal Maze varies the type of games quite considerably, Fort Boyard tends to focus mainly on physical and endurance challenges. Although Fort Boyard was something of a pioneer in the area of game show fear and adventure, later programmes such as Fear Factor have pushed things even further, requiring Fort Boyard to react and adapt with new twists and games, including a couple of seasons in which the contestants spent the night in the Fort.
TV Show Star Rating : 6.7  Read More