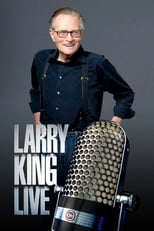 Larry King Live is an American talk show that was hosted by Larry King on CNN from 1985 to 2010. It was CNNs most watched and longest-running program, with over one million viewers nightly. Mainly aired from CNNs Los Angeles studios, the show was sometimes broadcast from CNNs studios in New York or Washington, D.C., where King gained national prominence during his years as a radio interviewer for the Mutual Broadcasting System. Every night, King interviewed one or more prominent individuals, usually celebrities, politicians and businesspeople. The one-hour show was broadcast three times a day in some areas, and was seen all over the world on CNN International. On June 29, 2010, King announced that the program would be coming to an end. The "final edition" of the program aired on December 16, but a new episode on the war against cancer aired two days later on December 18. Larry King Live was replaced by Piers Morgan Tonight, a talk show hosted by the British television personality and journalist Piers Morgan. It began airing January 17, 2011, featuring Oprah Winfrey as the first guest. 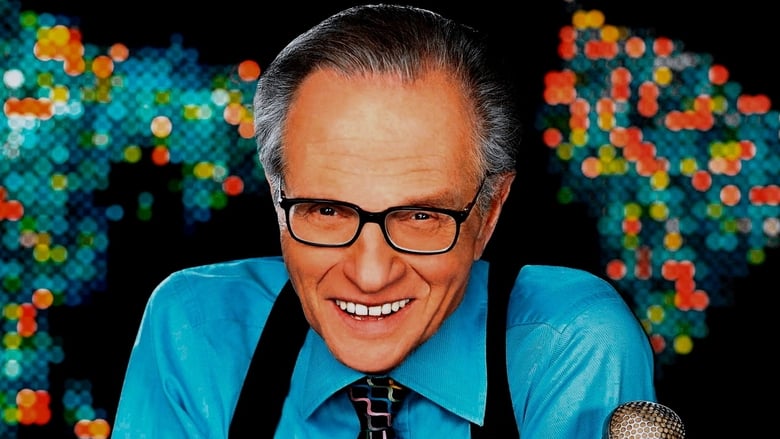 Late Night with David Letterman is a nightly hour-long comedy talk show on NBC that was created and hosted by David Letterman. It premiered in 1982 as the first incarnation of the Late Night franchise and went off the air in 1993, after Letterman left NBC and moved to Late Show on CBS. Late Night with Conan O'Brien then filled the time slot. As of March 2, 2009, the slot has been filled by Late Night with Jimmy Fallon. It will be filled by Seth Meyers in the spring of 2014, after Fallon becomes host of The Tonight Show.
TV Show Star Rating : 5.9  Read More

Richard & Judy was a British chat show presented by the married couple Richard Madeley and Judy Finnigan. The show originally aired on Channel 4, from 2001 to 2008, but later moved to digital channel, Watch, in October 2008. The programme featured a number of celebrities and a book club. Its final episode aired in July 2009 due to low ratings.
TV Show Star Rating : 2.6  Read More

Late Night with Conan O'Brien is an American late-night talk show hosted by Conan O'Brien that aired 2,725 episodes on NBC between 1993 and 2009. The show featured varied comedic material, celebrity interviews, and musical and comedy performances. Late Night aired weeknights at 12:37 am Eastern/11:37 pm Central and 12:37 am Mountain in the United States. From 1993 until 2000, Andy Richter served as O'Brien's sidekick; following his departure, O'Brien was the show's sole featured performer. The show's house musical act was The Max Weinberg 7, led by E Street Band drummer Max Weinberg. The second incarnation of NBC's Late Night franchise, O'Brien's debuted in 1993 after David Letterman, who hosted the first incarnation of Late Night, moved to CBS to host Late Show opposite The Tonight Show. In 2004, as part of a deal to secure a new contract, NBC announced that O'Brien would leave Late Night in 2009 to succeed Jay Leno as the host of The Tonight Show. Jimmy Fallon began hosting his version of Late Night on March 2, 2009.
TV Show Star Rating : 7.293  Read More

The Tonight Show with Conan O'Brien is an American late-night talk show that featured Conan O'Brien as host from June 1, 2009 to January 22, 2010 as part of NBC's long-running Tonight Show franchise. The program's host, Conan O'Brien, previously hosted NBC's Late Night with Conan O'Brien, which followed The Tonight Show with Jay Leno for 16 years, until O'Brien's brief succession over Leno. Many members of the Late Night cast and crew made the transition to The Tonight Show. The Max Weinberg 7, the house band from O'Brien's Late Night, served as the house band under the new name, Max Weinberg and The Tonight Show Band. Andy Richter returned to the show as announcer, and also began resuming his role as sidekick, shortly before the show's conclusion. The opening and closing theme song from Late Night was also carried over to Tonight, in a slightly altered form. In January 2010, after the show had been on the air for seven months, it was announced that NBC was intending to move Jay Leno from primetime back to his original timeslot at 11:35 pm, with O'Brien's show starting shortly after midnight. In response to the announcement, O'Brien released a press statement saying that he would not continue as host of The Tonight Show if it was moved to any time after midnight to accommodate The Jay Leno Show. He feared it would ruin the long and rich tradition of The Tonight Show. It had been on after the late local newscasts from the beginning. After two weeks of negotiations, NBC announced that they had paid $45 million to buy out O'Brien's contract, ending both his tenure as host as well as his relationship with NBC after 22 years.
TV Show Star Rating : 7.082  Read More