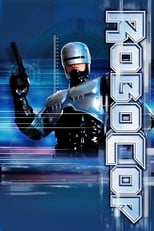 RoboCop: The Series is a 1994 television series based on the film of the same name. It stars Richard Eden as the title character. Made to appeal primarily to children and young teenagers, it lacks the graphic violence that was the hallmark of RoboCop and RoboCop 2. RoboCop has several non-lethal alternatives to killing criminals, which ensures that certain villains can be recurring. The OCP Chairman and his corporation are treated as simply naïve and ignorant, in contrast to their malicious and immoral behavior from the second film onward. 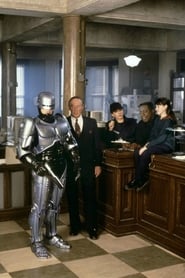 Bob Lee Swagger is an expert marksman living in exile who is coaxed back into action after learning of a plot to kill the president.
TV Show Star Rating : 6.8  Read More

CSI: Miami follows Crime Scene Investigators working for the Miami-Dade Police Department as they use physical evidence, similar to their Las Vegas counterparts, to solve grisly murders. The series mixes deduction, gritty subject matter, and character-driven drama in the same vein as the original series in the CSI franchise, except that the Miami CSIs are cops first, scientists second.
TV Show Star Rating : 7.5  Read More

Set more than seven years after the world has become a frozen wasteland, the remnants of humanity inhabit a gigantic, perpetually-moving train that circles the globe as class warfare, social injustice and the politics of survival play out.
TV Show Star Rating : 7.6  Read More

Psycho-Pass is set in a futuristic era in Japan where the Sibyl System, a powerful network of psychometric scanners, actively measures the biometrics of its citizens' minds. The resulting assessment is called a Psycho-Pass. When the calculated likelihood of an individual committing a crime, measured by the Crime Coefficient index, exceeds an accepted threshold, he or she is pursued, apprehended, and either arrested or decomposed by the field officers of the Crime Investigation Department of the Public Safety Bureau.
TV Show Star Rating : 7.8  Read More

A riveting police drama about the men and women of the Chicago Police Department's District 21 who put it all on the line to serve and protect their community. District 21 is made up of two distinctly different groups: the uniformed cops who patrol the beat and go head-to-head with the city's street crimes and the Intelligence Unit that combats the city's major offenses - organized crime, drug trafficking, high profile murders and beyond.
TV Show Star Rating : 8.2  Read More

The daily lives of the men and women at Sun Hill Police Station as they fight crime on the streets of London. From bomb threats to armed robbery and drug raids to the routine demands of policing this ground-breaking series focuses as much on crime as it does on the personal lives of its characters.
TV Show Star Rating : 6.2  Read More

Zoey Johnson heads to college and begins her hilarious journey to adulthood but quickly discovers that not everything goes her way once she leaves the nest.
TV Show Star Rating : 8.6  Read More

The charming and still-single Joey, who has struck out on his own and moved to Hollywood, hoping to truly make it as an actor. After reuniting with his high-strung sister Gina, Joey moves in with Michael, his 20-year-old genius nephew, who unbelievably is literally a rocket scientist. However, what Joey lacks in book smarts he makes up for with people smarts – making him the best new friend his nephew could ask for.
TV Show Star Rating : 6.2  Read More

Echo is a member of a highly illegal and underground group of individuals whose personalities have been wiped clean so they can be imprinted with any number of new personas. Confined between missions to a secret facility known as the Dollhouse, the "Actives" are hired by the wealthy, powerful and connected to wholly become—with mind, personality and physiology—whomever the client wants or needs them to be. They know no other life than the specific engagements they are in at that time—or do they?
TV Show Star Rating : 7.2  Read More