King & Maxwell is an American drama television series that debuted on June 10, 2013, and airs on TNT. The series features Jon Tenney and Rebecca Romijn as Washington, D.C.–based former Secret Service agents solving crimes as private detectives. NCIS: Los Angeles creator Shane Brennan created the show based on David Baldaccis novels. It was announced on September 20, 2013, that the series has been canceled. 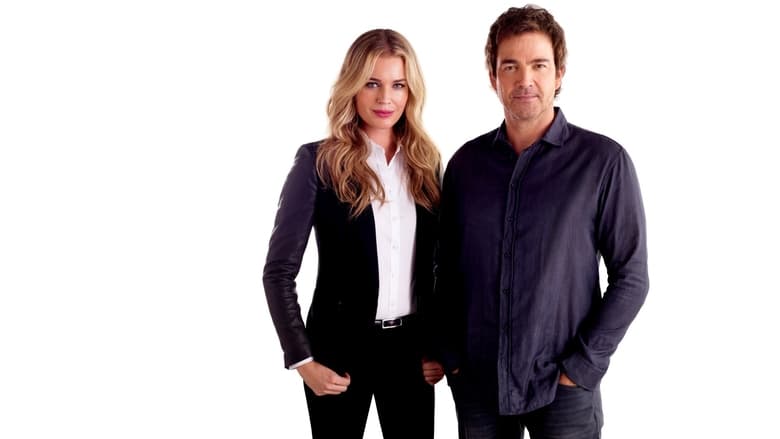 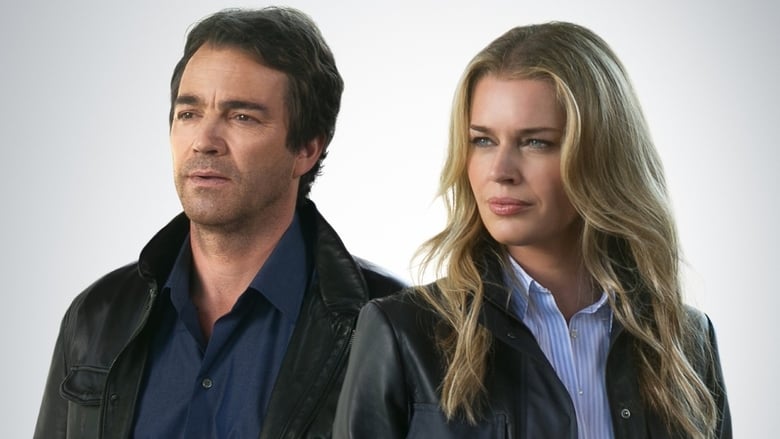 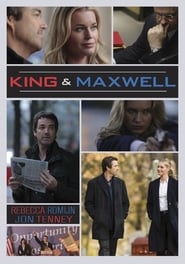 Remington Steele is an American television series co-created by Robert Butler and Michael Gleason. The series, starring Stephanie Zimbalist and Pierce Brosnan, was produced by MTM Enterprises and first broadcast on the NBC network from 1982 to 1987. The series blended the genres of romantic comedy, drama, and detective procedural. Remington Steele is best known for launching the career of Pierce Brosnan and for serving as a forerunner of the similar series Moonlighting. Remington Steele's premise is that Laura Holt, a licensed private detective played by Stephanie Zimbalist, opened a detective agency under her own name but found that potential clients refused to hire a woman, however qualified. To solve the problem, Laura invents a fictitious male superior whom she names Remington Steele. Through a series of events that unfold in the first episode, "License to Steele", Pierce Brosnan's character, a former thief and con man whose real name is never revealed, assumes the identity of Remington Steele. Behind the scenes, Laura remains firmly in charge.
TV Show Star Rating : 6.9  Read More

Mannix is an American television detective series that ran from 1967 through 1975 on CBS. Created by Richard Levinson and William Link and developed by executive producer Bruce Geller, the title character, Joe Mannix, is a private investigator. He is played by Mike Connors. Mannix was the last series produced by Desilu Productions.
TV Show Star Rating : 6.5  Read More

The Adventures of Sherlock Holmes (1984–1985), The Return of Sherlock Holmes (1986–1988), The Case-Book of Sherlock Holmes (1991–1993) and The Memoirs of Sherlock Holmes (1994), collectively known as Sherlock Holmes, are a series of adaptations of Arthur Conan Doyle's Sherlock Holmes stories which were produced by Granada Television and originally broadcast by ITV in the United Kingdom. The series starred Jeremy Brett as Holmes and David Burke (in the Adventures series) and Edward Hardwicke (Return, Case-Book, Memoirs) as Dr. Watson. The programme adapted 42 of the original stories in 41 episodes, with 36 running for 50 minutes (in a one-hour timeslot), and five being feature-length specials. Adventures ran for two series totalling 13 episodes, from April to June 1984 and August to September 1985. Return ran for two series from July to August 1986 and April to August 1988, as well as the specials "The Sign of Four" and "The Hound of the Baskervilles", which aired on 29 December 1987 and 31 August 1988 respectively. Case-Book ran for one series from February to March 1991 and three specials which aired on 2 January 1992 and 27 January and 3 February 1993. Memoirs ran for one series from March to April 1994. A short episode was also produced as part of "The Four Oaks Mystery" which aired during the ITV Telethon in 1992. Sherlock Holmes appeared in the first part, with the casts of Van der Valk, Taggart and Inspector Wexford appearing in the second, third and fourth parts respectively.
TV Show Star Rating : 8.2  Read More

Our lady sleuth sashays through the back lanes and jazz clubs of late 1920’s Melbourne, fighting injustice with her pearl handled pistol and her dagger sharp wit. Leaving a trail of admirers in her wake, our thoroughly modern heroine makes sure she enjoys every moment of her lucky life. Based on author Kerry Greenwood's Phryne Fisher Murder Mystery novels.
TV Show Star Rating : 7.3  Read More

The world's leading deception researcher, Dr. Cal Lightman, studies facial expression, body language and tone of voice to determine when a person is lying and why, which helps law enforcement and government agencies uncover the truth. But his skills also make it easier for him to deceive others.
TV Show Star Rating : 7.4  Read More

Magnum, P.I. is an American television series starring Tom Selleck as Thomas Magnum, a private investigator living on Oahu, Hawaii. The series ran from 1980 to 1988 in first-run broadcast on the American CBS television network. According to the Nielsen ratings, Magnum, P.I. consistently ranked in the top twenty U.S. television programs during the first five years that the series was originally broadcast in the United States. Originally appearing in a prime time American network timeslot of 8 p.m. Eastern on Thursdays, Magnum, P.I. was one of the highest-rated shows on U.S. television.
TV Show Star Rating : 7  Read More