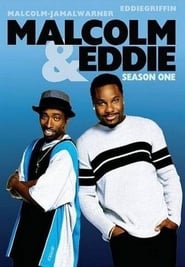 Three paranormal roommates, a ghost, a vampire, and a werewolf, struggle to keep their dark secrets from the world, while helping each other navigate the complexities of living double lives.
TV Show Star Rating : 5.8  Read More

The central premise of Being Human is that various types of supernatural beings exist alongside human beings, with varying degrees of menace; that three of these supernatural beings are opting to live amongst human beings rather than apart from them; and that these three characters are attempting (as much as is possible) to live ordinary human lives despite the pressures and dangers of their situations. They are constantly threatened with exposure or persecution, with pressure from other supernatural creatures, and with problems caused by their attempts to deal with their own natures.
TV Show Star Rating : 6.9  Read More

When a group of underachieving 40-something friends gather in Belize to celebrate the early retirement of an old friend, a series of wild, comedic events unfold, exposing dark secrets and a web of lies, deception and murder.
TV Show Star Rating : 7  Read More

Mad Dogs is a British black comedy and psychological thriller television series created by Cris Cole that began airing on Sky1 on 10 February 2011. It is produced by Left Bank Pictures, and co-produced by Palma Pictures. The series stars John Simm, Marc Warren, Max Beesley, and Philip Glenister as four long-time and middle-aged friends getting together in a villa in Majorca to celebrate the early retirement of their friend Alvo. However, after Alvo is murdered, the group find themselves caught up in the world of crime and police corruption. The series was initially a story about a rock band, but changed after a feeling that bands have been "done to death". After gaining interest from some terrestrial networks, the series was commissioned by British Sky Broadcasting. Filming took place on location throughout the island of Majorca in May 2010, and took around four million euros and 44 days to make. The main themes are friendship and growing older; Glenister said it is about ageing and "getting closer to death". Photographer David LaChapelle directed three 30-second advertisements for the series. Mad Dogs opened with 1.61 million viewers, the 17th highest rated programme ever for Sky1, and attracted positive reactions from critics. They noted similarities with British gangster films, more predominantly the 2000 film Sexy Beast.
TV Show Star Rating : 7.3  Read More

The adventures of a young boy named Clarence, who is optimistic about everything, and his two best friends Jeff and Sumo.
TV Show Star Rating : 6.7  Read More