Vic Reeves Big Night Out is a British cult comedy stage show and later TV series which ran on Channel 4 for two series in 1990 and 1991, as well as a New Year special. It marked the beginnings of the collaboration between Vic Reeves and Bob Mortimer and started their Vic and Bob comedy double act. The show was later acknowledged as a seminal force in British comedy throughout the 1990s and which continues to the present day. Arguably the most surreal of the pairs work, Vic Reeves Big Night Out was effectively a parody of the variety shows which dominated the early years of television, but which were, by the early 1990s, falling from grace. Vic, introduced by Patrick Allen as "Britains Top Light Entertainer and Singer", would sit behind a cluttered desk talking nonsense and introducing the various segments and surreal guests on the show. Vic Reeves Big Night Out is notable as the only time in their career where Vic solely took the role of host, while Bob was consigned to the back stage, appearing every few minutes as either himself or as a strange character. The two received equal billing in the series credits. On 3 October 2007, the first episode was re-broadcast on More4 as part of Channel 4 at 25, a season of classic Channel 4 programmes shown to celebrate the channels 25th birthday. 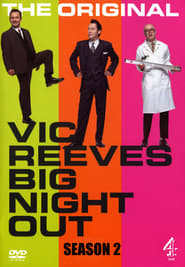 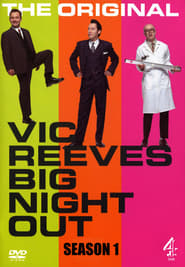 The Comic Strip is a group of British comedians, who came to prominence in the 1980s. They are known for their television series The Comic Strip Presents... which was labelled as an example of alternative comedy. The core members are Adrian Edmondson, Dawn French, Rik Mayall, Nigel Planer, Peter Richardson, Jennifer Saunders and Alexei Sayle with frequent appearances by Keith Allen, Robbie Coltrane and others.
TV Show Star Rating : 7.2  Read More

The Armando Iannucci Shows is a series of eight programmes directed by Armando Iannucci and written by Iannucci with Andy Riley and Kevin Cecil. It was shown on UK's Channel 4 from September to October 2001. Each episode focused on specific themes relating to human nature and existentialism, around which Iannucci would weave a series of surreal sketches and monologues. Recurring themes in the episodes are the superficiality of modern culture, our problems communicating with each other, the mundane nature of working life and feelings of personal inadequacy and social awkwardness. Several characters also make repeat appearances in the shows, including the East End thug, who solves every problem with threats of violence; Hugh, an old man who delivers surreal monologues about what things were like in the old days; and Iannucci's barber, who is full of nonsensical anecdotes. Iannucci has been quoted as saying it is the comedy series he is most proud of making. He told The Metro in April 2007 "The Armando Iannucci Show [sic] on Channel 4 came out around 9/11, so it was overlooked for good reasons. People had other things on their minds. But that was the closest to me expressing my comic outlook on life."
TV Show Star Rating : 7.8  Read More

The Day Today is a surreal British parody of television current affairs programmes, broadcast in 1994, and created by the comedians Armando Iannucci and Chris Morris. It is an adaptation of the radio programme On the Hour, which was broadcast on BBC Radio 4 between 1991 and 1992. On the Hour was written by Morris, Iannucci, Steven Wells, Andrew Glover, Stewart Lee, Richard Herring, David Quantick, and the cast. For The Day Today, Peter Baynham joined the writing team, and Lee and Herring were replaced by Graham Linehan and Arthur Mathews. The principal cast of On the Hour was retained for The Day Today. The Day Today is composed of six half-hour episodes and a selection of shorter, five-minute slots recorded as promotion trailers for the longer segments. The six half-hour episodes were originally broadcast from 19 January to 23 February 1994 on BBC2. The Day Today has won many awards, including Morris winning the 1994 British Comedy Award for Best Newcomer. All six episodes are available on BBC DVD, having previously been issued on VHS.
TV Show Star Rating : 8.2  Read More