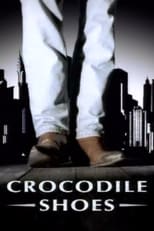 Crocodile Shoes is a British 7-part television series made by the BBC and screened on BBC One in 1994. The series was written by and starred Jimmy Nail as a factory worker who becomes a country and western singer. A sequel, Crocodile Shoes II followed in 1996 and the theme tune "Country Boy" was a hit for Nail too.

Rayna Jaymes and Juliette Barnes face personal and professional challenges as they navigate their paths as artists and individuals. Surrounding them, and often complicating their lives, are their family, friends and, in some cases, lovers, as well as the up-and-coming performers and songwriters trying to get ahead in the business.
TV Show Star Rating : 6.2  Read More

In this musical comedy, optimistic high school teacher Will Schuester tries to refuel his own passion while reinventing the high school's glee club and challenging a group of outcasts to realize their star potential as they strive to outshine their singing competition while navigating the cruel halls of McKinley High.
TV Show Star Rating : 6.4  Read More

A sharp detective with a messy life, DCI Vera Stanhope patrols her “patch” of northeast England, pursuing the truth in cases of murder, kidnapping, and blackmail. Vera is obsessive about her work and faces the world with caustic wit, guile and courage.
TV Show Star Rating : 7.1  Read More

The lives of several families in the Yorkshire Dales revolve around a farm and the nearby village. With murders, affairs, lies, deceit, laughter and tears, it's all there in the village.
TV Show Star Rating : 4.2  Read More

Coronation Street is a British television soap opera first broadcast on Granada Television in 1960. It was soon syndicated on other ITV franchises. The programme concerns the lives of the residents of Coronation Street in Weatherfield, a fictional area of Salford, and centres around its terraced houses, cafe, corner shop, newsagents, textile factory and the Rovers Return pub. The programme was devised in 1960 by local scriptwriter Tony Warren at the recently formed Granada Television in Manchester. Warren's initial kitchen sink drama proposal was rejected by the station's founder Sidney Bernstein but he was persuaded by producer Harry Elton to produce the programme for thirteen pilot episodes. It was first broadcast on 9 December 1960 and within six months had become the most-watched programme on British television. It has been one of the most financially lucrative programmes on British commercial television, underpinning the success of the Granada Television franchise and the broadcaster ITV. Coronation Street is made by Granada Television at Granada Studios in Manchester. It is shown in all ITV regions as well as internationally. On 17 September 2010, it became the world's longest-running TV soap opera in production. Coronation Street is noted for its depiction of a down-to-earth working class community combined with light-hearted humour and strong characters.
TV Show Star Rating : 5.6  Read More

Each year, hopeful singers from all over the country audition to be part of one of the biggest shows in American television history. Who will become the new American Idol?
TV Show Star Rating : 5.1  Read More

A comedy about the unique relationship between a young songwriter, Ally Dawson, and Austin Moon, the overnight internet sensation who gains sudden notoriety after performing one of Ally's songs. Austin and Ally struggle with how to maintain and capitalize on Austin's newfound fame. Austin is more of a rebel type who doesn't follow the rules and is somewhat immature for his age, while Ally is conservative yet self-conscious.
TV Show Star Rating : 8.3  Read More

Three's definitely a crowd for parcel post deliveryman Doug Heffernan, whose newly widowed father-in-law, Arthur has moved in with him and his wife Carrie. Doug's no longer the king of his domain - the renovated basement that houses his beloved supersized TV set - let alone the king of Queens, where he lives.
TV Show Star Rating : 7  Read More