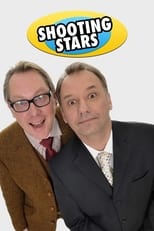 Shooting Stars is a British television comedy panel game broadcast on BBC Two as a pilot in 1993, then as 3 full series from 1995 to 1997, then on BBC Choice from January to December 2002 with 2 series before returning to BBC Two for another 3 series from 2008 until its cancellation in 2011. Created and hosted by double-act Vic Reeves and Bob Mortimer, it uses the panel show format but with the comedians often slapstick, surreal and anarchic humour does not rely on rules in order to function, with the pair apparently ignoring existing rules or inventing new ones as and when the mood takes them. 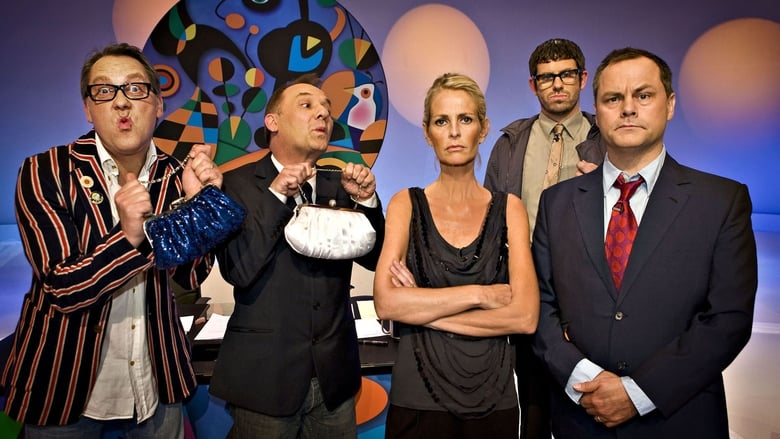 Fort Boyard is a French game show created by Jacques Antoine that was first broadcast in 1990 and is popular to this day. It has been re-made across the globe, successfully in many countries. Those include: Germany, the United Kingdom, Sweden, Norway, Canada, Ukraine, Russia, Denmark, Belgium, the Netherlands, Greece and more recently in Algeria, Poland and Finland over a 20-year period. Set and filmed on the real Fort Boyard in France, the programme appears similar to The Crystal Maze. In both programmes the contestants have to complete challenges to win prize money. However, while The Crystal Maze varies the type of games quite considerably, Fort Boyard tends to focus mainly on physical and endurance challenges. Although Fort Boyard was something of a pioneer in the area of game show fear and adventure, later programmes such as Fear Factor have pushed things even further, requiring Fort Boyard to react and adapt with new twists and games, including a couple of seasons in which the contestants spent the night in the Fort.
TV Show Star Rating : 6.7  Read More

Wetten, dass..? was a long-running German-language entertainment television show. It is the most successful Saturday television show in Europe. Its format was the basis for the British show You Bet! and the American show Wanna Bet?. The shows were broadcast live six to seven times a year from different cities in Germany, Austria, and Switzerland. There have also been seven open-air summer shows, broadcast from Amphitheatre Xanten, Plaça de Toros de Palma de Mallorca, Disneyland Paris, Waldbühne Berlin, and Aspendos Roman Theatre. Each of the shows, which were shown without commercial interruption, were usually scheduled to last for about two hours, but it was not uncommon for a show to run as much as 45 minutes longer.
TV Show Star Rating : 5.7  Read More

A British reality television game show in which a number of contestants live in an isolated house for several weeks, trying to avoid being evicted by the public with the aim of winning a large cash prize at the end of the run.
TV Show Star Rating : 3  Read More