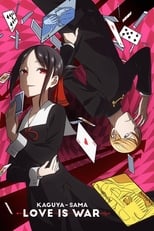 Considered a genius due to having the highest grades in the country, Miyuki Shirogane leads the prestigious Shuchiin Academys student council as its president, working alongside the beautiful and wealthy vice president Kaguya Shinomiya. The two are often regarded as the perfect couple by students despite them not being in any sort of romantic relationship. 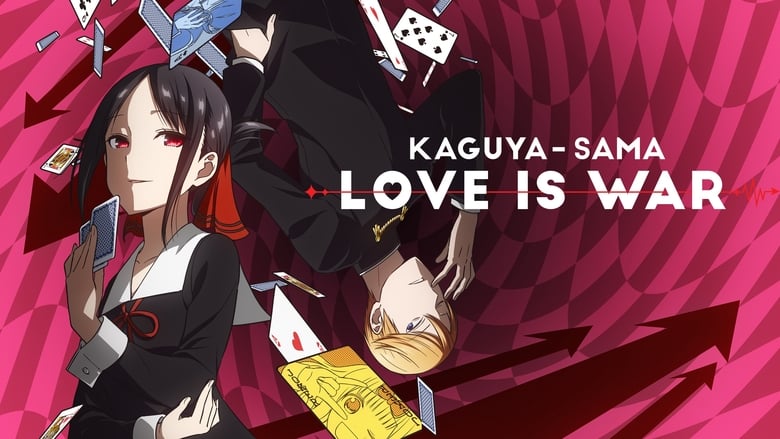 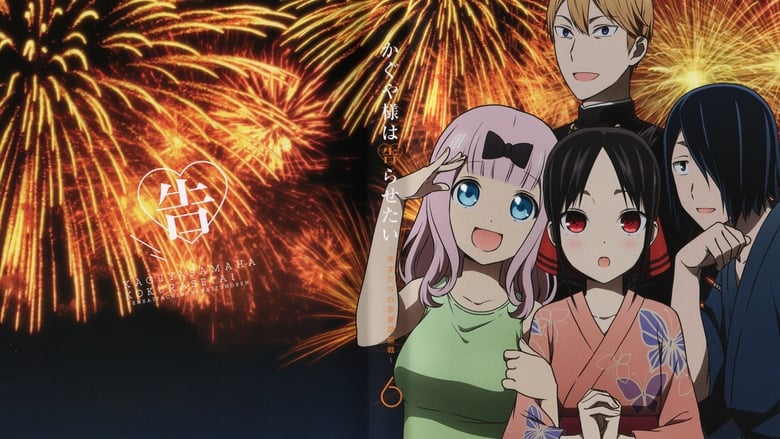 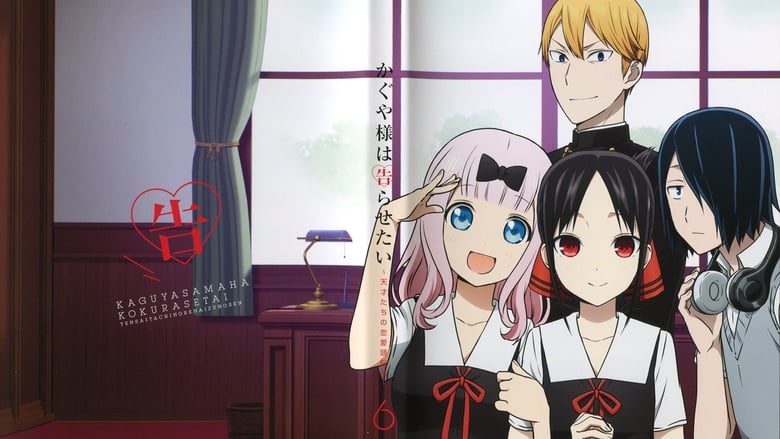 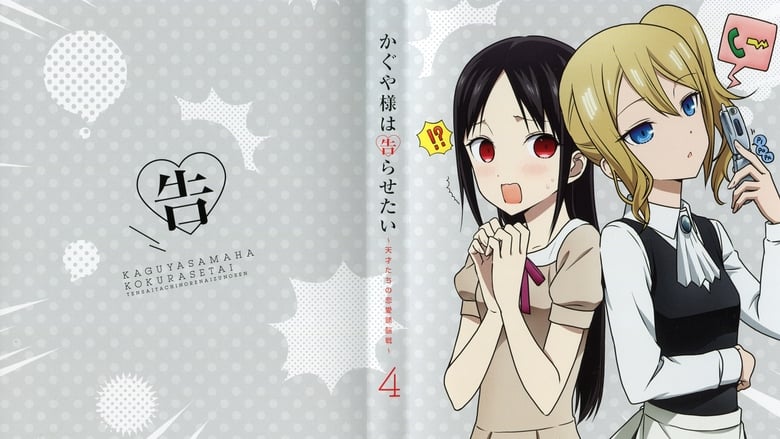 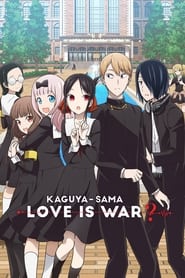 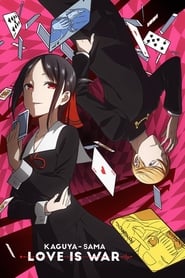 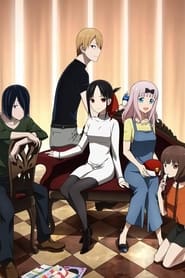 The story takes place in an age where "Ajin" (demi-human), more casually known as "Demi," have slowly started to become accepted into human society. Tetsuo Takahashi is a biology teacher who ends up teaching three such Demi, hoping to understand more about them while also managing to catch their attention.
TV Show Star Rating : 7.5  Read More

Fushimi Inari is a shy, not-so-bright middle school girl living in Kyoto's Fushimi ward. She has a crush on her classmate Tanbabashi, but cannot express her feelings. One day, as thanks for helping a fox pup, the deity Uka no Mitama no Kami grants her the ability to change her form.
TV Show Star Rating : 8  Read More

Tohru Honda is 16 year old orphaned girl who gets invited to live in the house of her classmate, the handsome boy Sohma Yuki, and his cousins, 16 year old Kyo and 27 year old Shigure. However, these young men and parts of the rest of their family (both close and distant) hold a curse; if they are hugged by the opposite gender, they transform into animals of the Chinese Zodiac. Everyday is an adventure for sweet Tohru, as she gets to know everyone in the large family better (especially Yuki and Kyo), in both common and bizarre situations. But, the Sohma Family curse is certainly no laughing matter... it also holds horrible cruelty and heartbreak.
TV Show Star Rating : 7.5  Read More

Ms. Vampire Who Lives in My Neighborhood.

The modern-day vampire comedy centers on high school girl Amano, who was saved from a strange incident by a vampire girl named Sophie Twilight, and has been interested in her ever since. Akari arrives at her house uninvited and the two start to live together. Although a vampire, Sophie never attacks humans, but purchases blood and anime goods via mail and lives a modern life.
TV Show Star Rating : 5.5  Read More

At the end of her first year of high school, Futaba Yoshioka suddenly has a chance encounter with her first love, Kou Tanaka. Three years ago, he transferred schools before she was able to say how she felt about him. After meeting each other again, Futaba realizes that he has gone through many changes. He acts more cool and even had his last name changed to Mabuchi. Gradually the two rekindle their love while piecing together what had happened in the time that they were apart.
TV Show Star Rating : 8.6  Read More

Mina Tepeş, the Princess of the ancient covenant and ruler of all vampires, wants her race to stop hiding from the humans. Using her vast wealth, she has paid off Japan's entire national debt and by doing so, gained the right to create a district off Japan's coast that is to become the future haven to vampires worldwide. But when she finally attempts to make public the existence of vampires to the world some politicians, terrorists and rival factions are plotting to assassinate Mina before she has a chance to get Japan's and international recognition for the Vampire Bund. Now she must rely on her strength, cruelty and those closest to her, while trying to make a normal life.
TV Show Star Rating : 7.5  Read More

Kuronuma Sawako is completely misunderstood by her classmates. Her timid and sweet demeanor is often mistaken for malicious behavior. This is due to her resemblance to the ghost girl from "The Ring," which has led her peers to give her the nickname Sadako. Longing to make friends and live a normal life, she is naturally drawn to Kazehaya Shouta, the most popular guy in class, whose "100% refreshing" personality earns him great admiration from Sawako. So when Kazehaya starts talking to her, maybe there is hope for the friendships Sawako has always longed for. Maybe... there is even a little hope for some romance in her future.
TV Show Star Rating : 8.8  Read More

Having fun in school, doing homework together, cooking and eating, playing video games, watching anime. All those little things make up the daily life of the anime-and chocolate-loving-Izumi Konata and her friends.
TV Show Star Rating : 7.4  Read More

Ryūji Takasu is a gentle high school student with a love for housework; but in contrast to his kind nature, he has an intimidating face that often gets him labeled as a delinquent. On the other hand is Taiga Aisaka, a small, doll-like student who is anything but a cute and fragile girl. Equipped with a wooden katana and feisty personality, Taiga is known throughout the school as the "Palmtop Tiger." One day, an embarrassing mistake causes the two students to cross paths. Ryūji discovers that Taiga actually has a sweet side: she has a crush on the popular vice president, Yūsaku Kitamura, who happens to be his best friend. But things only get crazier when Ryūji reveals that he has a crush on Minori Kushieda—Taiga's best friend! Toradora! is a romantic comedy that follows this odd duo as they embark on a quest to help each other with their respective crushes, forming an unlikely alliance in the process.
TV Show Star Rating : 8.6  Read More

The Sakuragoaka Girls' Academy curriculum traditionally focuses on the three "R"s of reading, writing and arithmetic, but Ritsu Tainaka wants to add two more "R"s: Rock and Roll! To do that, however, Ritsu has to save the Light Music Club from being shut down due to little problems like not having any other members or a faculty advisor. After strong-arming her best friend Mio into joining and convincing Tsumugi Kotobuki to make it a trio, Ritsu's would-be rockers are soon only one talented guitarist short of the quartet they need for school approval. What they get, unfortunately, is Yui Hirasawa, who's never held a guitar in her life, but she's determined to learn! Will the school halls come alive with the sound of music?
TV Show Star Rating : 7.6  Read More