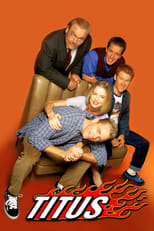 Titus is an American dark comedy sitcom that debuted on Fox in 2000. The series was created by its star, Christopher Titus, Jack Kenny, and Brian Hargrove. This sitcom was based on Christophers stand-up comedy act, more specifically his one-man show Norman Rockwell is Bleeding, which was based loosely upon his real-life family; lines from Norman Rockwell is Bleeding were spoken by Titus as commentary. Titus plays an outwardly childish adult, who owns a custom car shop. The show follows him and his dimwitted halfbrother Dave, his girlfriend Erin with the "heart of gold", his goody-goody friend Tommy, and his arrogantly lewd, bigoted and multiple-divorced father Ken "Papa" Titus. 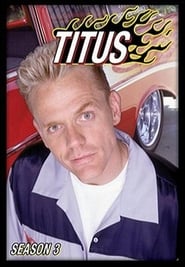 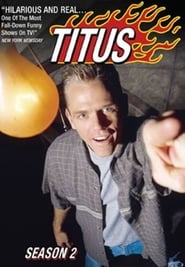 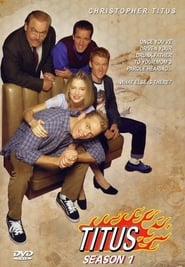 Four egocentric friends who run a neighborhood Irish pub in Philadelphia try to find their way through the adult world of work and relationships. Unfortunately, their warped views and precarious judgments often lead them to trouble, creating a myriad of uncomfortable situations that usually only get worse before they get better.
TV Show Star Rating : 8.257  Read More

A darkly comic look at members of a dysfunctional L.A. family that run a funeral business.  When death is your business, what is your life? For the Fisher family, the world outside of their family-owned funeral home continues to be at least as challenging as-and far less predictable than-the one inside.
TV Show Star Rating : 8.16  Read More

A satirical inversion of the ideal of the perfect American nuclear family, they are an eccentric wealthy family who delight in everything grotesque and macabre, and are never really aware that people find them bizarre or frightening. In fact, they themselves are often terrified by "normal" people.
TV Show Star Rating : 8.052  Read More

Al Bundy is an unsuccessful middle aged shoe salesman with a miserable life and an equally dysfunctional family. He hates his job, his wife is lazy, his son is dysfunctional (especially with women), and his daughter is dim-witted and promiscuous.
TV Show Star Rating : 7.597  Read More

Right out of high school, Sean Finnerty got his girlfriend Claudia pregnant. Now she’s his wife, and at just 32, he’s somehow found himself with 14-year-old daughter Lily, two little boys, and a constant struggle between his need to be responsible and his desperate desire to be irresponsible. His judgmental father Walt and devil-may-care brother Eddie are no help at all. When they all get together, stories always start to fly. Of course, Sean’s family will never let him finish a story; they interrupt, they debate, they derail, they defend themselves; just like any good family would.
TV Show Star Rating : 6.947  Read More

The story of a wealthy family that lost everything, and the one son who had no choice but to keep them all together.
TV Show Star Rating : 8.067  Read More