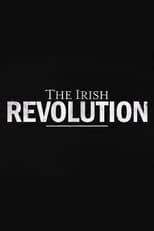 A three-part docuseries to mark the centenary of the Irish War of Independence, telling the story of the people’s revolution of 1916 to 1922, as it has never been told before. We explore how the rebels drew heavily the revolutionary spirit that swept the world in the first years of the 20th century, reveal the astonishing events that forced Britain’s hand and show how the Irish example had a far reaching impact, causing millions around the world to rise up and demand their right to equality and freedom.