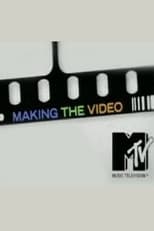 Making the Video is an MTV show, consisting of half-hour episodes, which chronicles the process of filming various music videos. Usually the director outlines the concept of the video and the show often includes light-hearted and humorous moments. It always concludes with a premiere of the finished video. The show premiered on July 11, 1999 and is currently on a hiatus as of 2009. MTV2 has a similar show entitled [Name of Band/Artist] Makes a Video that has featured artists such as 50 Cent, Fall Out Boy, Dashboard Confessional, Evanescence, and Mos Def among others.

Top of the Pops, also known as TOTP, is a British music chart television programme, made by the BBC and originally broadcast weekly between 1 January 1964 and 30 July 2006. It was traditionally shown every Thursday evening on BBC1, before being moved to Fridays in 1996, and then to Sundays on BBC Two in 2005. Each weekly programme consisted of performances from some of that week's best-selling popular music artists, with a rundown of that week's singles chart. Additionally, there was a special edition of the programme on Christmas Day, featuring some of the best-selling singles of the year. Although the weekly show was cancelled, the Christmas special has continued. It also survives as Top of the Pops 2, which began in 1994 and features vintage performances from the Top of the Pops archives. In the 1990s, the show's format was sold to several foreign broadcasters in the form of a franchise package, and at one point various versions of the show were shown in nearly 100 countries. Editions of the programme from the 1970s are being repeated on most Thursdays on BBC Four.
TV Show Star Rating : 7.167  Read More

Total Request Live was a television series on MTV that featured popular music videos. TRL was MTV's prime outlet for music videos as the network continued to concentrate on reality-based programming. In addition to music videos, TRL featured daily guests. The show was a popular promotion tool used by musicians, actors, and other celebrities to promote their newest works to the show's target teen demographic. TRL played the top ten most requested videos of the day, as requested by viewers who voted online for their favorite video. The countdown started with the tenth most requested video and ended with the most requested. As of October 22, 2007, TRL's countdown was based on votes, charts, ringtones, download, radio airplay, and streams, meaning that the most user requested video might not have been the number 1 video. The show generally aired Monday through Thursday for one hour, though the scheduling and length of the show fluctuated over the years. Despite the word "Live" in the title of the show, many episodes were actually pre-recorded. It was announced on September 15, 2008 that TRL would be shut down and replaced with FNMTV. The special three-hour finale aired on November 16, 2008, at 8 p.m.
TV Show Star Rating : 6.5  Read More

Making the Video is an MTV show, consisting of half-hour episodes, which chronicles the process of filming various music videos. Usually the director outlines the concept of the video and the show often includes light-hearted and humorous moments. It always concludes with a premiere of the finished video. The show premiered on July 11, 1999 and is currently on a hiatus as of 2009. MTV2 has a similar show entitled [Name of Band/Artist] Makes a Video that has featured artists such as 50 Cent, Fall Out Boy, Dashboard Confessional, Evanescence, and Mos Def among others.
TV Show Star Rating : 4  Read More

American Bandstand was an American music-performance show that aired in various versions from 1952 to 1989 and was hosted from 1956 until its final season by Dick Clark, who also served as producer. The show featured teenagers dancing to Top 40 music introduced by Clark; at least one popular musical act—over the decades, running the gamut from Jerry Lee Lewis to Run DMC—would usually appear in person to lip-sync one of their latest singles. Freddy "Boom Boom" Cannon holds the record for most appearances at 110. The show's popularity helped Dick Clark become an American media mogul and inspired similar long-running music programs, such as Soul Train and Top of the Pops. Clark eventually assumed ownership of the program through his Dick Clark Productions company.
TV Show Star Rating : 9  Read More

Solid Gold was an American syndicated music television series that debuted on September 13, 1980. Like many other shows of its genre, such as American Bandstand, Solid Gold featured musical performances and various other elements such as music videos. What set Solid Gold apart was a group of dancers in revealing costumes who at various points in the program performed various dances to the top ten hits of the week. Many other specials aired in which the dancers would dance to older pop hits as well. Reviews of the show were not always positive, with The New York Times referring to it as "the pop music show that is its own parody...[enacting] mini-dramas...of covetousness, lust and aerobic toning-routines that typically have a minimal connection with the songs that back them up." The series ran until July 23, 1988, and it was usually transmitted on Saturdays in the early evening. In 1986, Solid Gold added the current year to its title, so in the seventh season the show was known as Solid Gold '86/'87. For the eighth and last season the program became known as Solid Gold In Concert, reflecting the addition of more live performances than had previously been featured on the program in the past.
TV Show Star Rating : 4  Read More