Confessions of a Police Captain

Confessions of a Police Captain (Italian: Confessione di un commissario di polizia al procuratore della repubblica, also known as Confessions of a Police Commissioner to the District Attorney) is an Italian crime-drama film about a cop starring Franco Nero and Martin Balsam who is caught up in suffocating and incriminating big city "corruption." Nero tries desperately to bring an elusive criminal to justice who has been a thorn in his side for many years. This cop has a tough decision to make; does he turn in his partner or turn his head? The film won the Golden Prize at the Moscow International Film Festival in 1971 and the Prix lntemational de lAcademie du Cinema at the Étoile de Cristal Awards in 1972. 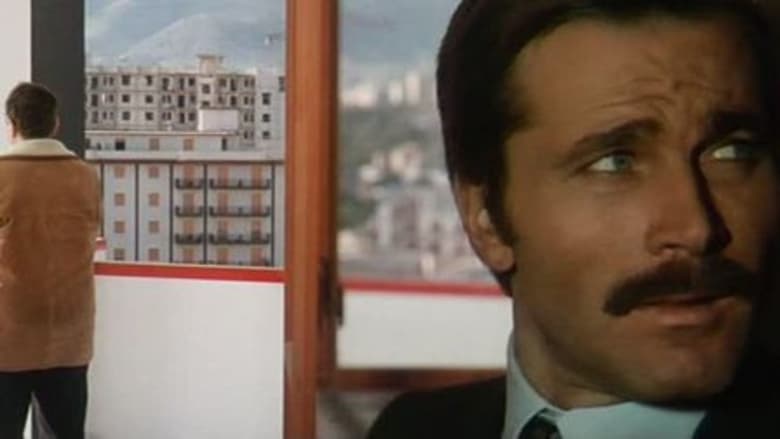 Similar Movies to Confessions of a Police Captain

NYPD detectives Christopher Danson (Johnson) and P.K. Highsmith (Jackson) are the baddest and most beloved cops in New York City. They don't get tattoos, other men get tattoos of them. Two desks over and one back, sit detectives Allen Gamble (Ferrell) and Terry Hoitz (Wahlberg). You've seen them in the background of photos of Danson and Highsmith, out of focus and eyes closed. They're not heroes, they're "the other guys." But every cop has his or her day and soon Gamble and Hoitz stumble into a seemingly innocuous case no other detective wants to touch that could turn into NYC's biggest crime. It's the opportunity of their lives, but do these guys have the right stuff?
Movie Star Rating : 6.1  Read More

After a drug-op gone bad, Joey Gazelle is put in charge of disposing the gun that shot a dirty cop. But things goes wrong for Joey after the neighbor kid stole the gun and used it to shoot his abusive father. Now Joey has to find the kid and the gun before the police and the mob find them first.
Movie Star Rating : 7  Read More

Telly Paretta is a grieving mother struggling to cope with the loss of her 8-year-old son. She is stunned when her psychiatrist reveals that she has created eight years of memories about a son she never had. But when she meets a man who has had a similar experience, Telly embarks on a search to prove her son's existence, and her sanity.
Movie Star Rating : 5.6  Read More

The rough-hewn boss of a lumber crew courts trouble when he steps in to protect the youngest member of his team from an abusive father.
Movie Star Rating : 6.5  Read More

A group of German boys are ordered to protect a small bridge in their home village during the waning months of the second world war. Truckloads of defeated, cynical Wehrmacht soldiers flee the approaching American troops, but the boys, full of enthusiasm for the "blood and honor" Nazi ideology, stay to defend the useless bridge.
Movie Star Rating : 7.6  Read More

The Death and Life of Bobby Z

A DEA agent provides former Marine Tim Kearney with a way out of his prison sentence: impersonate Bobby Z, a recently deceased drug dealer, in a hostage switch with a crime lord. When the negotiations go awry, Kearney flees, with Z's son in tow.
Movie Star Rating : 5.8  Read More

Revolves around a British military contractor Lex Walker who is told his daughter has died. When he arrives in Los Angeles and discovers the body is not hers, he begins an investigation.
Movie Star Rating : 4.4  Read More

A high school slacker who's rejected by every school he applies to opts to create his own institution of higher learning, the South Harmon Institute of Technology, on a rundown piece of property near his hometown.
Movie Star Rating : 6.2  Read More

Sergeant Thomas Beckett (Berenger) is back - and this time he has teamed up with death row inmate B.J. Cole (Woodbine) on a suicide mission to the Balkans. Their target: a rogue general accused of running ethnic cleansing missions. But when Becket discovers that the government is using him as a pawn in a bigger mission, the body count grows and bullets really start to fly.
Movie Star Rating : 5.3  Read More